In the Upper School Narrative Journalism elective, students experimented with "knolling" photography as an alternative form of storytelling.

In the Upper School Narrative Journalism elective, students recently engaged in the art of "knolling"—the process of arranging like objects in parallel or 90-degree angles as a method of organization—as an alternative form of storytelling. The term was coined in 1987 by a janitor who worked in Frank Gehry's furniture making shop: When he cleaned at the end of the day, he would neatly arrange the collection of tools at right angles on the benches. He called the practice knolling because it reminded him of the right angles in Florence Knoll's furniture; Gehry was designing for Knoll at the time.

As an assignment, students designed knolling photography with themes ranging from "A material representation of my time during quarantine " to "What I would be doing outside if I didn't have to wear a mask," then added their backstories. Here are some examples of what these talented tenth, eleventh, and twelfth graders created. 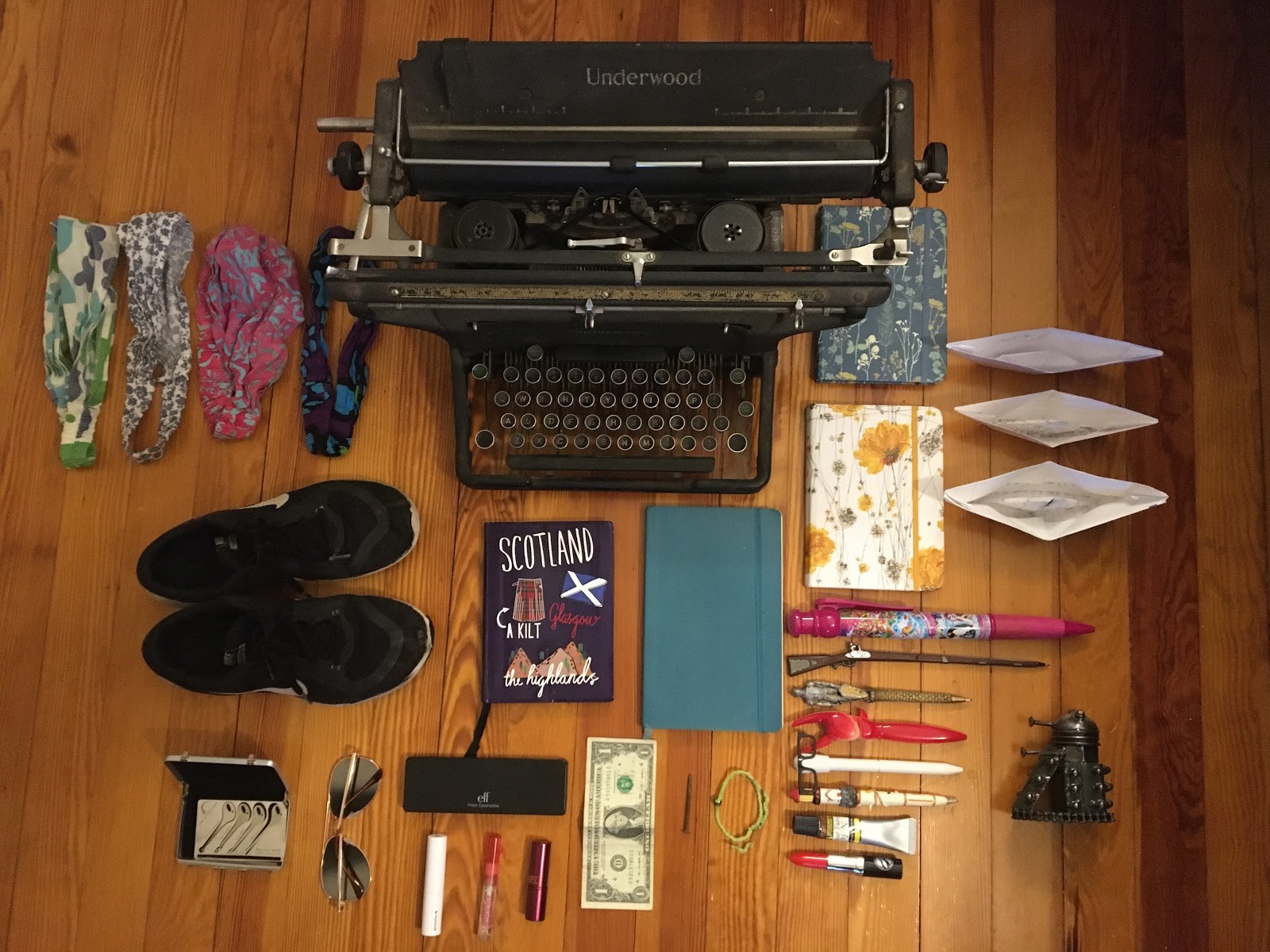 Caption: "What I wanted to be when I grew up at different points in my life, things I was obsessed with for a short time: phases, essentially."

Narrative excerpt: "The idea of being a writer was one that I played with on and off for most of my life. I still think about it sometimes, although I've realized that the angsty poems I composed on this typewriter were not actually earth-shattering, heart-breaking, life-changing poetry. Rather, having to hit each key with all of my force to make an actual mark on the paper just helped to assuage some of my pent-up, middle-school anger at the world." 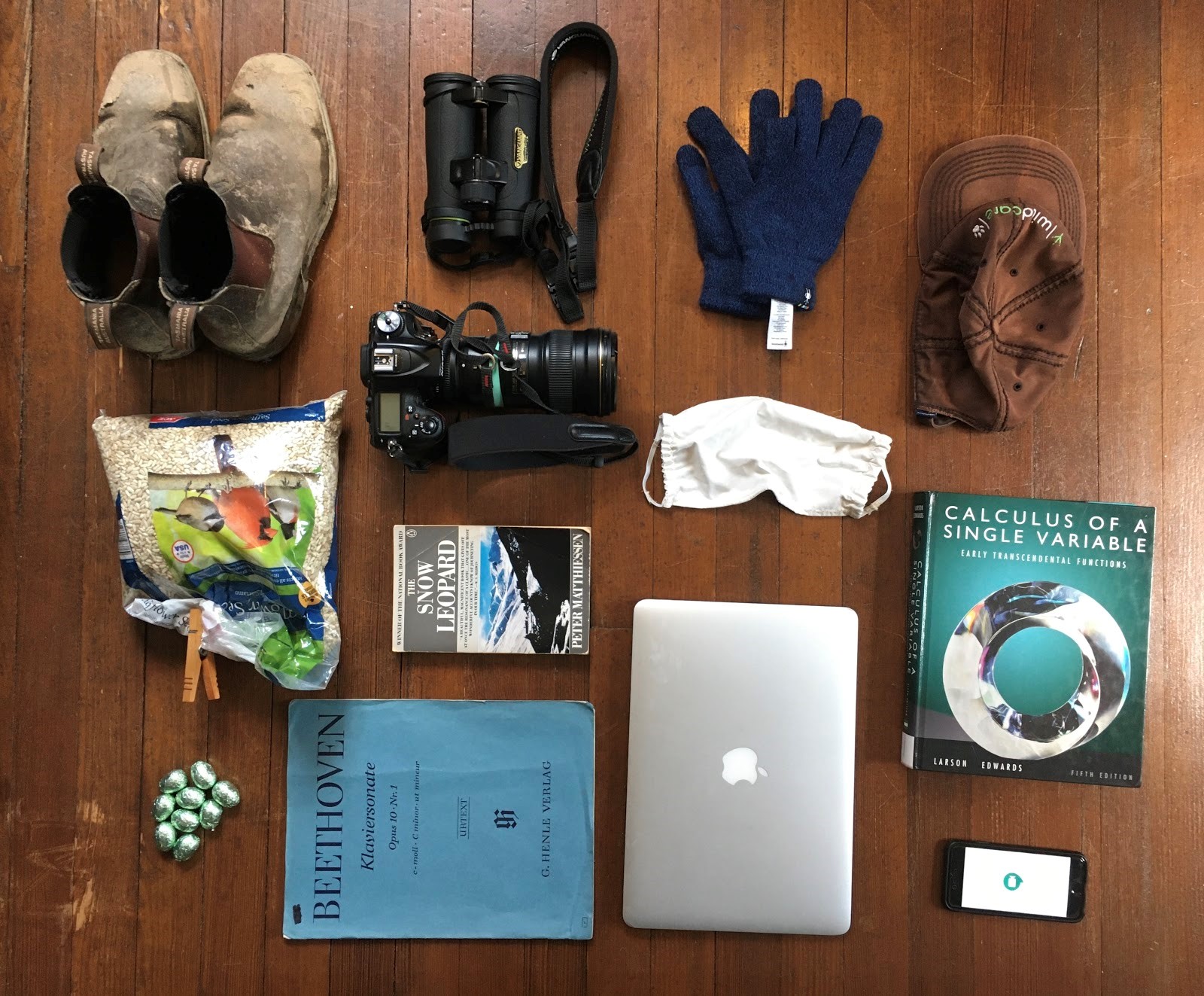 Caption: "A medley of objects with peculiar meaning for his current situation."

Narrative excerpt: "Moving to a virtual platform, Germantown Friends removed Wednesdays for fear of excess screen usage, and whittled the school day down by a few hours. All good news to me: spring migration was coming up, bringing May birding goodies, and my suddenly abundant free time meant I could bird dawn to dusk. My time spent walking tripled, and tripled again. One can't spend all their time birding, but one can try." 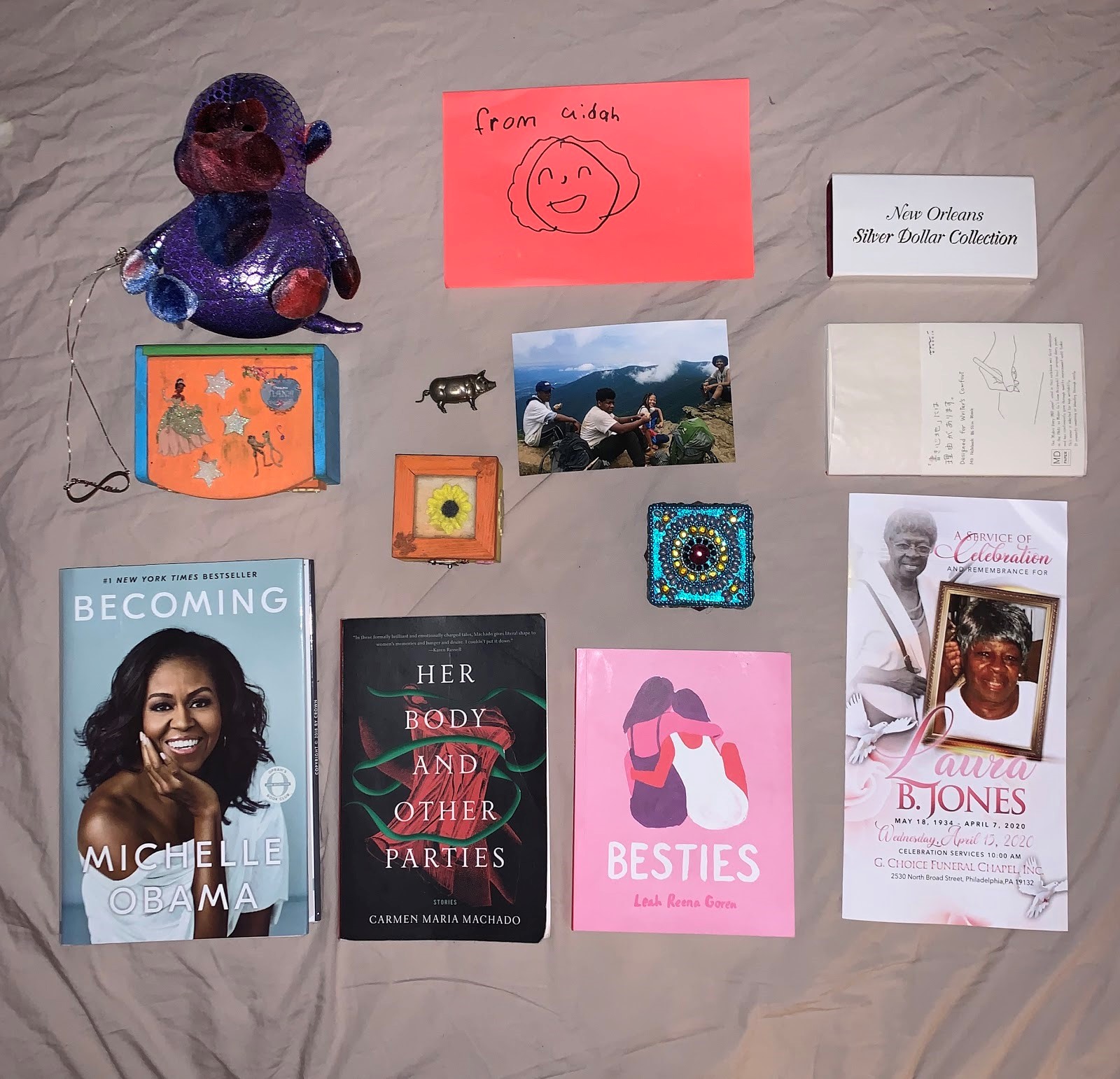 Caption: "These items are all connected to specific points in my life I believe have affected who I am forever."

Narrative excerpt: "I knew that I wanted to incorporate my great grandma in my project, mostly because I had lost her a few days prior, but also because her life had a huge impact on mine. I searched throughout my room and found little trinkets of hers, like the tiny metal pig. I also wanted to add other items that are tied to specific events that have changed me, such as the photograph in the middle. Every time I look at it, I get terrible memories from my time at bootcamp, but despite that, it made me a better person. I took the picture and neatly put away all of the belongings, except for the little metal pig, which I held until I fell asleep, hoping that I would see my great grandma in my dreams."

Narrative excerpt: "I was once told that if you put a shell to your ear you can hear the sound of the sea. I've carried that idea with me ever since I was little, and even though it's probably just rushing air that I hear, I still like to think it's the ocean. I love the steady unpredictability of the waves; there's something so spontaneous about them ... I took care in placing the objects so that they would be arranged perfectly, but nothing in life will always be in my control. Maybe one of the reasons I love the ocean so much is because it's something so untouchable yet imperfect in its beauty."