Alumni of Color Movie Screening: Toni Morrison's "The Pieces I Am" 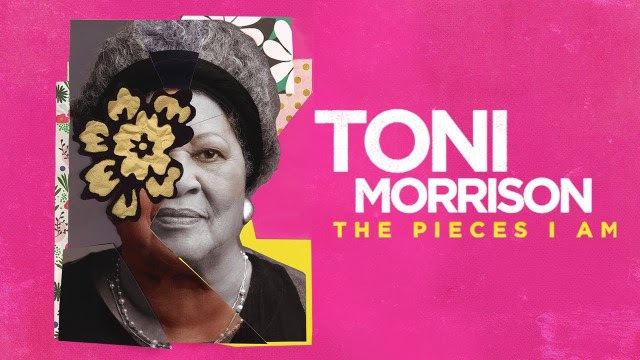 Toni Morrison's The Pieces I Am was presented in honor of Black History Month.

In celebration of Black History Month, the Alumni of Color Initiative; the Office of Diversity, Equity, and Inclusion; the Multicultural Parents Alliance; and the Education Justice Club presented a screening of Toni Morrison's The Pieces I Am.

"The Pieces I Am" is an artful and intimate meditation on the life and works of the legendary storyteller and Nobel prize-winner, TONI MORRISON. From her childhood in the steel town of Lorain, Ohio, to ʼ70s-era book tours with Muhammad Ali, from the front lines with Angela Davis to her own riverfront writing room — Toni Morrison leads an assembly of her peers, critics and colleagues on an exploration of race, America, history and the human condition as seen through the prism of her own literature. The film features interviews with Hilton Als, Angela Davis, Fran Lebowitz, Walter Mosley, Sonia Sanchez and Oprah Winfrey, who turned Morrison's novel "Beloved" into a feature film. Read more about the film.

About Sonia Sanchez:
Sanchez is the author of over 20 books, including Homecoming, We a BaddDDD People, Love Poems, I've Been a Woman, A Sound Investment and Other Stories, Homegirls and Handgrenades, Under a Soprano Sky, and most recently, Morning Haiku (Beacon Press, 2010). She is the recipient of many awards, including: National Endowment for the Arts, Lucretia Mott Award, the Outstanding Arts Award from the Pennsylvania Coalition of 100 Black Women, the Community Service Award from the National Black Caucus of State Legislators, American Book Award, the Governor's Award for Excellence in the Humanities, the Peace and Freedom Award from Women International League for Peace and Freedom, a PEW Fellowship in the Arts, and the Langston Hughes Poetry Award. In December of 2011, Philadelphia Mayor Michael Nutter selected Sonia Sanchez as Philadelphia's first Poet Laureate, calling her "the longtime conscience of the city."

About Houston Baker, Jr.:
Born in Louisville Kentucky., Baker is currently the Distinguished University Professor and Professor of English and African American and Diaspora Studies at Vanderbilt University. He is the author of articles, books, and essays devoted to African American Literary Criticism and Theory. His book Betrayal: How Black Intellectuals Have Abandoned the Ideals of the Civil Rights Era received an American Book Award for 2009. His most recent publication is The Trouble With Post-Blackness (Columbia University Press, February 2015) in which he co-edited with K. Merinda Simmons (University of Alabama). Learn more about Baker.

About Erica Armstrong Dunbar:
Armstrong Dunbar is Charles and Mary Beard Professor of History at Rutgers University. She is the author of Never Caught: The Washingtons' Relentless Pursuit of Their Runaway Slave, Ona Judge. Never Caught was a finalist for the 2017 National Book Award for nonfiction. In November 2018 Dunbar was named joint winner of the Frederick Douglass Prize for Never Caught. She has also authored A Fragile Freedom: African American Women and Emancipation in the Antebellum City and is working on her next book. Armstrong Dunbar is a 1990 graduate of Germantown Friends School and current parent. Learn more about Armstrong Dunbar.