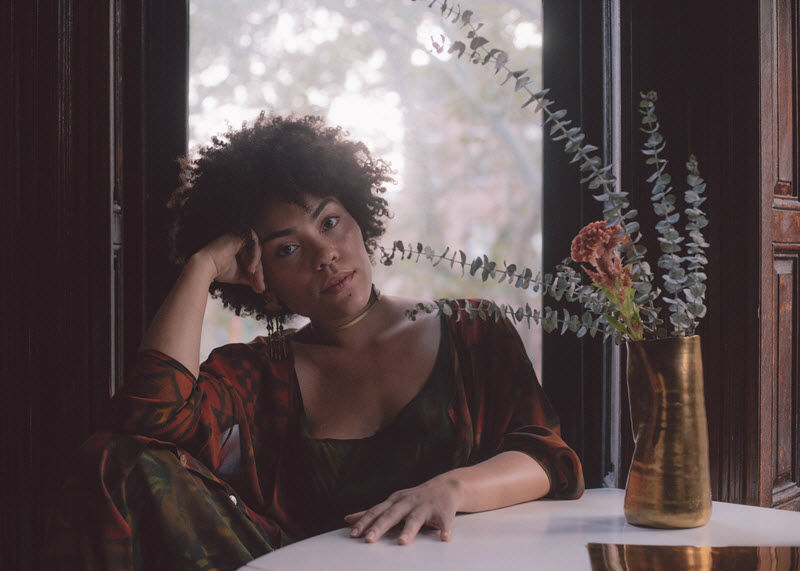 Madison McFerrin '10 has carried the musical talents she honed as a standout a cappella performer at GFS into her professional career as a singer-songwriter.

Madison McFerrin '10 has carried the musical talents she honed as a standout a cappella performer at GFS into her professional career as a singer-songwriter.

In December 2016, Madison's solo debut EP, Finding Foundations: Vol. I, introduced her soulful take on a cappella to the world. Critics and crowds quickly took note. Leading up to her sold-out show at Joe's Pub, the New York Times remarked how her sound "shows wonderful vocal dexterity, deftly swerving from sharp, clearly enunciated staccato bursts to fluttery, free-form melismata." She followed up with a February 2018 release of Finding Foundations: Vol. II, which earned her more critical praise. Most noteworthy is a Pitchfork Rising Artist profile that highlighted how Madison's style offers an "understated, compelling testament to the power and dexterity of the human voice." On the heels of her debut European tour, Madison has begun sharing new music in 2019.

Madison bears the torch of three generations of vocal pioneers. As the LA Weekly noted, she employs the vocal techniques of her jazz virtuoso father, Bobby McFerrin, "to more soulful ends." Her use of electronic music stylings reflects the influence of her brother, Brainfeeder producer, Taylor McFerrin. But Madison's sound is uniquely her own.

Along with testing her budding vocal and performing skills at Germantown Friends School, Madison further honed her performance chops on world tours with her father's band, SpiritYouAll, that includes dynamic, multi-instrumentalist Louis Cato. Prior to launching her solo career, Madison co-founded the funk band, Cosmodrome, while completing her studies at Berklee College of Music.

Madison delves into the core of her many influences on Finding Foundations Vol. II (FF: Vol. II). The EP features a live recording of "Can You See," a track that was 1 of 4 selected finalists among thousands of entries in the NPR Tiny Desk Contest in spring of 2017. Drawing inspiration from Erykah Badu to Nina Simone, Madison offers a soulful meditation on the painful legacy of police brutality in the United States. She balances out the mood of FF: Vol. II with reminders to tap into your inner light and make time for romance.

Reflecting on her time at GFS, Madison says, "GFS helped me cultivate lifelong relationships with people of different racial, economic, and religious backgrounds. My experience learning in such an inclusive environment remains invaluable. I hope GFS continues to uphold its commitment to maintaining a diverse community for future generations of students."

With her newest music, Madison intends to explore more ways to create experiences that engage and empower her community. As a female, independent artist of color, she sees this as vitally important to her practice.