We caught up with Dr. Wayne Giles '79 to hear about the influence that GFS and those in the community have had on his life, and the powerful impact a career in public health can have on the world around us.

The Impact of Public Health

After spending 25 years at the Centers for Disease Control and Prevention (CDC), where he led the Division for Heart Disease and Stroke Prevention, the Division of Population Health, and the Division of Adult and Community Health, Wayne H. Giles, MD, MS, became the Dean of the School of Public Health at the University of Illinois at Chicago (UIC) in September 2017. While at the CDC, his portfolio included leading the division for heart disease and stroke prevention, one of the organization’s most diverse divisions, with programmatic and research activities in community health promotion, arthritis, aging, health care utilization, school health, and racial and ethnic disparities in health.

Having authored several book chapters, and with over 150 publications in peer-reviewed journals, Dr. Giles has been the recipient of numerous awards, including the CDC’s Charles C. Shepard Award in Assessment and Epidemiology and the Jeffrey P. Koplan Award. His past work experience has included studies examining the prevalence of hypertension in Africa, clinical trials evaluating the effectiveness of cholesterol-lowering agents, and studies examining racial differences in the incidence of stroke. Dr. Giles holds a BA in biology from Washington University in St. Louis, an MS in epidemiology from the University of Maryland, and an MD from Washington University in St. Louis, and has completed residencies in both internal medicine (University of Alabama at Birmingham) and preventive medicine (University of Maryland).

We caught up with Dr. Giles to hear about the influence that GFS and those in the community have had on his life, and the powerful impact a career in public health can have on the world around us.

How did your education at GFS prepare you for your current career? How have your experiences at GFS made an impact on your career path and who you are today?

During my tenure both at the CDC and more recently as Dean of the University of Illinois at Chicago School of Public Health, I have had many interactions with different groups of people from very diverse backgrounds.  My education at GFS taught me to first listen, ask questions and be inquisitive, and respect others.

In addition, the strong foundation I received at GFS in the sciences and math has been integral as I launched my research career in epidemiology both at the CDC and in the School of Public Health.

What are you most passionate about in your work?

I am most passionate about the impact you can have in public health!! As a physician, I learned to treat one patient at a time and would celebrate when one person got better after a heart attack or a stroke. But in public health, I can have an impact on hundreds or thousands of people at a time. Through my work over the years, I have impacted millions of people, more than I ever would have done as an internist.

In addition, not just treating illness but preventing illness excites me. Focusing on the root causes of disease, lack of access to care, access to healthy foods, or pollution-free environments, and being able to impact those causes, is extremely exciting.

Finally, as dean of the University of Illinois at Chicago School of Public Health, watching undergraduate and graduate students with limited knowledge of public health learn during their time at the University, and then thrive as a leader in a local or state health department, is truly exciting. 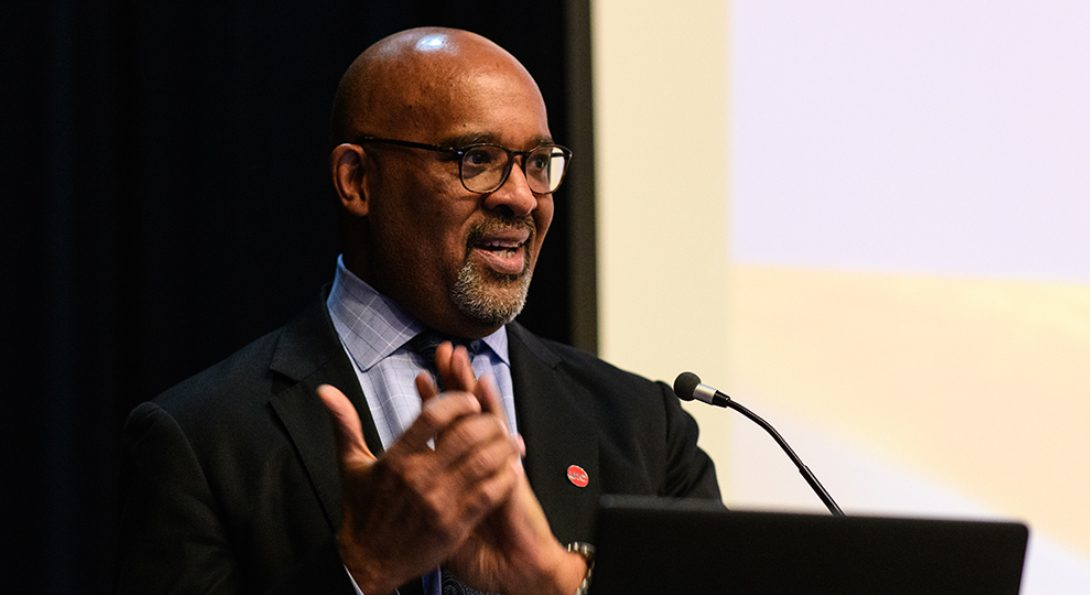 Who influenced you most during your time at GFS? Who are some of the classmates, teachers, coaches, or mentors that had a large impact on your GFS experience?

There were several faculty who influenced me during my time at GFS.

Bill Cromley in the math department was amazing, I think he taught us for two years in a row and it was great!

Joan Countryman taught calculus in my senior year, she did such an amazing job. In my freshmen year at Washington University, I took calculus and was able to coast through the semester. It was fantastic, we all loved her.

Sarah West ignited my interest in biology and medicine and I will be forever grateful for her hard work and dedication. I remember my first publication was in the Journal of the American Medical Association, and I was so proud of it that I sent her a copy of the article, thanking her for all she had taught me.

What is your best GFS memory or favorite story about your time on campus?

During my senior year, I got the acting bug and performed in a number of plays on campus. Lucy Bell Sellers directed several of us in the play, The String, which was a blast. After that, Roy Farrar wrote a play that I, along with Ed Wilmer ‘79 and Jon Hammond ‘79, performed at a storefront on South Street. Doing that was an awesome experience.

Do you have a hidden talent or special hobby that you enjoy?

The only hobby I would say is the hobby of travel; I have been all over the world, including South Africa, Zimbabwe, Zambia, Kenya, Liberia, the Gambia, China, Thailand, Japan, Columbia, Venezuela, Peru, Chile, Argentina, Brazile, Germany, Belgium, England, Ireland, Austria, and the Netherlands, just to name a few [destinations].

What advice would you give current students or recent graduates interested in pursuing a career path similar to your own?

Given the impact that the pandemic has had on communities across Chicago, the nation, and the world, it is clear we need public health leaders now more than ever! I would encourage students and recent graduates to strongly consider a career in public health. We need you! This could include working in a local health department, health care, or a community-based organization.

I would encourage students/graduates to reach out to their local health department. You have a great one in the City of Philadelphia doing amazing public health work! There may be an opportunity to work with them on community interventions or research projects. There are also several universities in the area that might be engaged in different research projects. I would encourage students to reach out.

In public health it is important that you listen to what people say, you need to gain their trust. Be inquisitive and ask lots of questions.