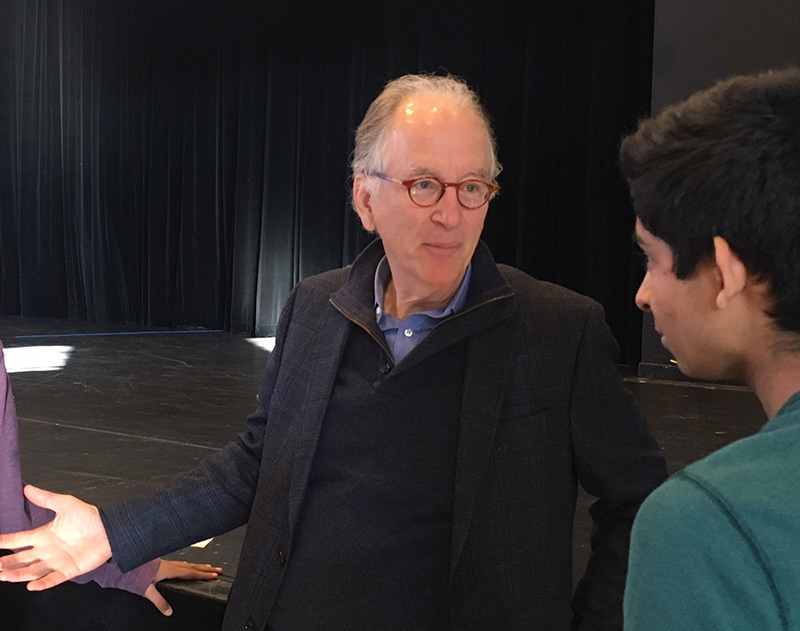 "Our job is to put more fish in the sea—to make sure the oceans are more abundant, in a sustainable way." Andy Sharpless '73, CEO of Oceana, spoke at GFS last week about the work his organization does, which is nothing less than protecting the world's oceans.

"Our job is to put more fish in the sea—to make sure the oceans are more abundant, in a sustainable way." Andy Sharpless '73, CEO of Oceana, spoke at GFS last week about the work his organization does, which is nothing less than protecting the world's oceans.

These days, it's common knowledge that the world's oceans are being overfished. Andy explained that many governments often subsidize their fishing fleets; globally, $20 billion is spent to subsidize a quarter of the world's catch. So, fleets often catch a lot more fish than is optimum, which doesn't give fish populations a chance to recover fully.

One of Oceana's primary goals at present is to campaign stop this kind of destructive fishing. After realizing that, in order to truly save the oceans, Oceana needed to appeal to critical countries like China who – while less concerned about simply preserving ocean biodiversity - were concerned about feeding a rapidly growing citizenry. As a result, Oceana retooled its approach and shifted the message to emphasize the food value that comes from a rebuilt ocean. "Rebuilding the oceans can help provide sustenance for a lot of people," Andy stressed.

Andy noted that, on land, there's a real conflict between feeding a lot of people and maintaining biodiversity. To feed people land-grown food, you often need to clear-cut land to create ranches and farms. But it's the opposite case with the oceans; rebuilding the oceans creates more abundance which both benefits biodiversity and allows for the feeding of more people. A rebuilt ocean could feed 1.1 billion people per day, forever. (A staggering statistic!)

So, Oceana's mission is clear: to stop overfishing in the key countries that control the world's oceans.

Andy invited GFS students to take part by staying in touch with Oceana's efforts, and provided copies of his book, The Perfect Protein, with students following the lecture. 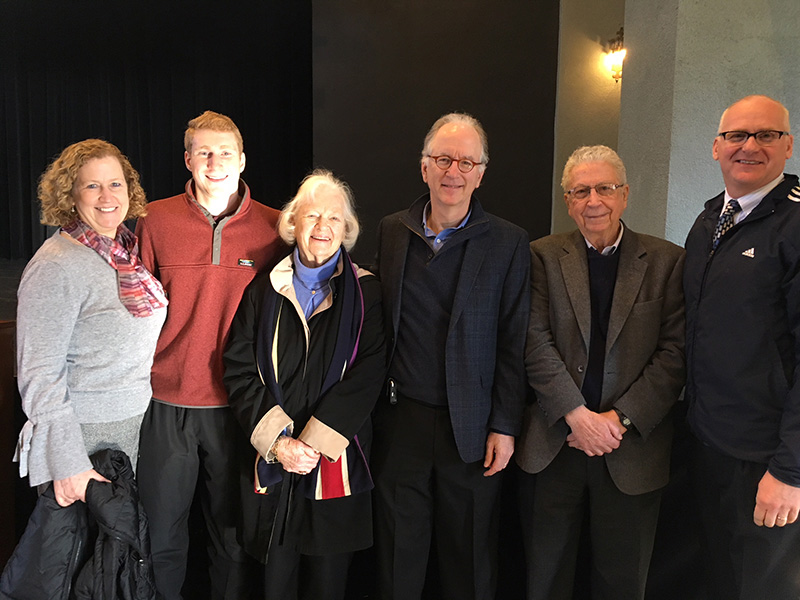 Parvin Sharpless, back on campus with Jean to enjoy Andy's lecture, is a well-known figure at GFS. He was an English teacher here for 11 years (1967-76), and served in administrative roles as well, including Chair of the English Department, Director of Studies, and Dean of Faculty, before leaving in 1976 to assume the role of Head of The Park School in Baltimore. Upon his retirement in 1995, he and Jean returned to the Philadelphia area, and Parvin joined the School Committee in 2006, and served as Clerk for six years.