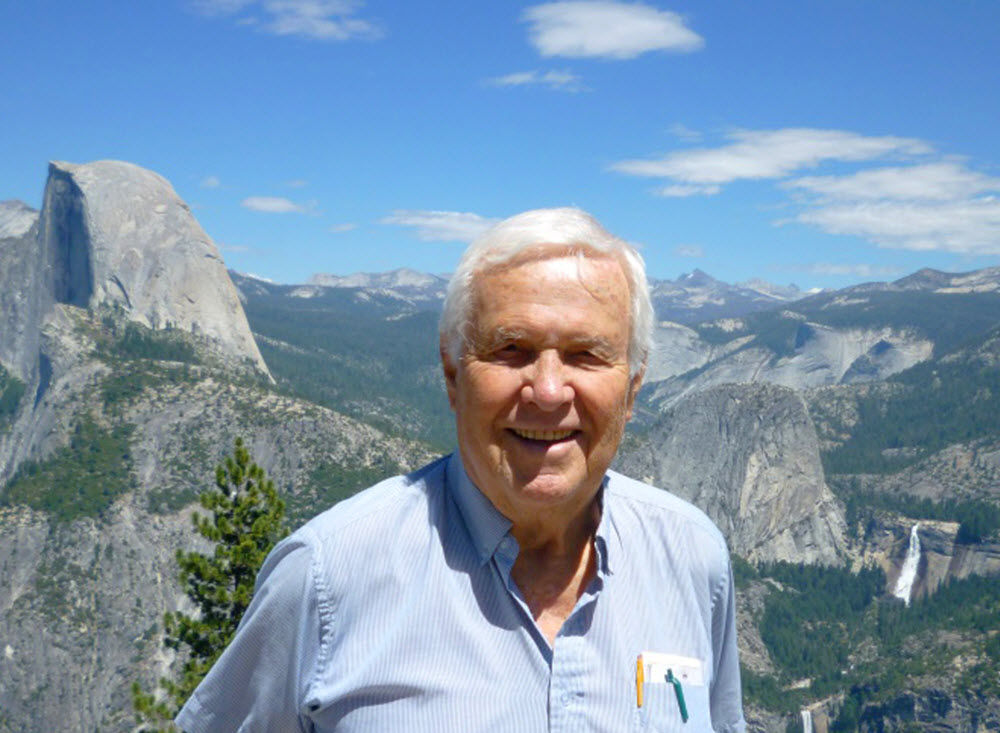 John Boles, a beloved science teacher at GFS from 1962-72, died peacefully on September 17, 2018. Steve Rasmussen '70 and Daphne Smith Stone '70, who remained close to John, and were with him at the end, have written a celebration of John's life to share with our community.

We share sad news with the GFS community. John Boles, a beloved science teacher at GFS from 1962-72, died peacefully on September 17, 2018. He had been in hospice care for over a year. Steve Rasmussen '70 and Daphne Smith Stone '70, who remained close to John, and were with him at the end, have written a celebration of John's life to share with our community (see below). Please hold John, and his partner Ruth, and all who cared for him, in the Light.

Surrounded by friends and former students, his loving partner Ruth Paine, and his wonderful caregivers, John Boles passed away at age 92 on the afternoon of Monday, September 17, 2018, in his own way and on his own terms. He was relieved, after a difficult year of health setbacks and over 450 days on hospice, to be "on his journey." After a morning of music and laughter animated by John's dry humor, he asked those present to meditate with him. When through, he sang Ruth the Bing Crosby song, "We're on our way (to Apalachicola)"—Ruth taught there for six years—changing the words to "I'm on my way ..." and adding at the end, with his mischievous smile, "I'll see you in Florida." Finally, in a cheerful and strong voice, he announced, "John's going away laughing, joking, and singing." And then, with peace and grace, looking as handsome as ever, he did.

Over his last weekend, John welcomed calls from more than 60 former students, friends, and family members who wanted to say goodbye. He delighted in each. He wanted all he cared for to know that he would die as he lived, with reverence, humility, and a loving spirit.

Born in 1926, John grew up in Oakland, California, and was the second oldest of five children, with siblings Mary Jane, Roger, and twins Dick and Dan. Dick and Dan survive John. John loved the wild outdoors, sports, horseback riding, music, and scouting. Yosemite was an annual pilgrimage destination for the Boles family during his childhood and remained a special spot for him over his entire life. John's undergraduate years were spent at Berkeley and the University of Texas, where he met his wife Chris. Their courtship was interrupted by WWII and John's service as a Hospital Corpsman. After the war, John returned to Berkeley to finish his Bachelor of Science degree.

John and Chris married in 1950 and moved to New York where John continued his education at Cornell, earning a Master's degree in ornithology and ecology. While in New York, their son John E. Boles was born in 1952. After Cornell, the young family moved to Princeton. When Johnny was three, John and Chris began an exhaustive search for a community of faith that their family could join. They found that community in the Society of Friends and joined the Stony Brook Friends Meeting in 1955. For the rest of their lives, both John and Chris held fast to the Quaker ideal of "plain living," making significant contributions to Friends communities on both coasts.

In 1962, John joined the faculty of Germantown Friends School in Philadelphia where he taught high school biology until 1972, except for one year at the Athenian School in California. John was a beloved teacher—approachable, fun, caring, and inspirational. Chris taught drama and dance at GFS and Johnny was a member of the class of '71. For idealistic teenagers at GFS searching for authenticity in the tumultuous 1960s, John and Chris were exemplars of honest, open, and supportive adults. Their home was a haven for young people who were welcomed as members of the Boles family. Like their students, they were staunch opponents of the Vietnam War and champions of peace. Until the day he died, John counted many of his former students among his closest friends.

In 1969, when GFS students sought more autonomy and independence in guiding their own educational program, John joined with them to create one of the nation's first experiential high school courses in ecology and environmental justice—Study of Survival (SOS). He brought his students together with leading environmental voices of the period, like Paul Ehrlich, Rachel Carson, and Euell Gibbons. On field trips, he shared his love for the outdoors with students and exposed them to different outlooks on management of public and private lands.

In 1971, Gibbons dedicated the third printing of Stalking the Good Life: My Love Affair with Nature as follows:
This book is dedicated to the lively, joyous, and joy-giving group of teenagers who are the enthusiastic members of the ecology class in the Germantown Friends School in Philadelphia, and to their teacher, John Boles, competent naturalist, discerning ecologist, inspired educator, and a great human being.

After GFS, John and Chris returned to the West Coast where John stayed active in the environmental movement. John came to know and love environmental activist David Brower. John was the Production Editor for Brower's Friends of the Earth newsletter in San Francisco. That job ended when a health crisis called the family back to Princeton as caregivers for both of Chris's parents until they died. The need to care for John's mother brought them back to Oakland and California yet again.

In 1989 John and Chris moved to Santa Rosa, California, and in 2004 moved into Friends House, a Quaker retirement community there. They suffered a tragic loss in 2001 when Johnny drowned in a swimming accident on the California coast. John and Johnny were best friends, sharing many happy camping and backpacking experiences across the continent. John grieved Johnny's loss for the rest of his life. In 2006 Chris became ill with Alzheimer's disease and died in 2009. 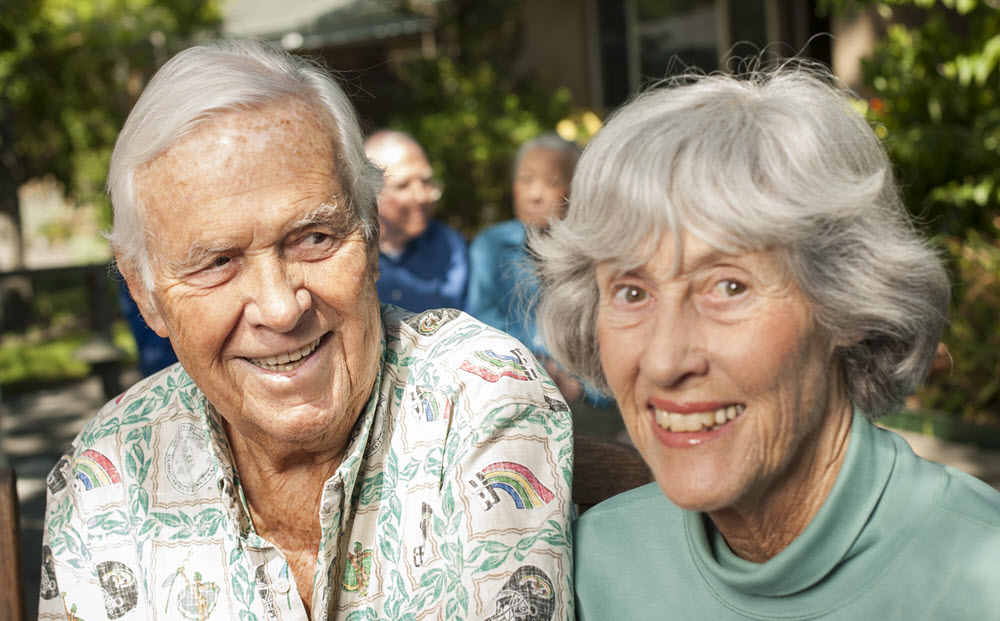 After Johnny and Chris's deaths, John found new happiness in a loving relationship with fellow Friends House resident, Ruth Hyde Paine. Ruth and John enjoyed nine wonderful years together, traveling, sharing, and caring for their friends, contributing to and leading the Friends House community. Ruth, who, like John, had a long career as a teacher and leader in Quaker schools—even teaching for two years at GFS—was John's soulmate, constantly at his side as his rock of support when his health failed in his final year. Their lives together were full of song, laughter, empathy, friendship, and social mission.

A celebration of John's life will be held at Friends House sometime in the coming year.

In lieu of flowers, donations can be made in John Boles’s name to Restore Hetch Hetchy, the organization working to restore the Hetch Hetchy Valley in John’s beloved Yosemite National Park, or to Germantown Friends School.