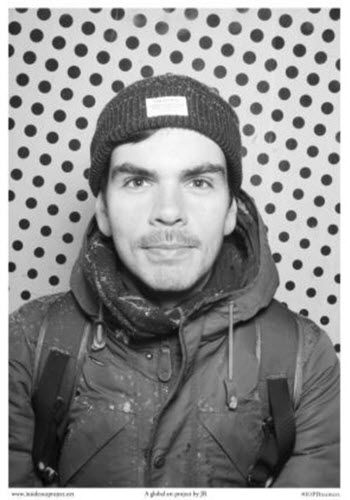 We are delighted to invite you to this year's Abigail Rebecca Cohen '91 annual lecture on Monday, 4/8, which will feature Conrad Benner from the acclaimed StreetsDept.com blog.

Conrad Benner is a photographer, podcaster, curator, and founder of StreetsDept.com, a photo-blog that discovers art on the streets of Philadelphia.  He will share how art can inspire place, community, and change with our students, alumni, parents, and friends.

Conrad's blog has been named one of the 'Best Blogs for Travellers' by The Guardian, and his photography highlighted by Mashable and Instagram, as well as printed in Time Magazine and the Encyclopedia Britannica. Winner of the 2011 Philadelphia Geek Award for 'Geek Culture Journalism,' Conrad was named 'Best Art Curator' in 2014 by Philadelphia Magazine, 'Rad Guy of the Year' at the 3rd Annual Rad Awards in 2017, and one of 'The 100 Most Influential People in Philadelphia' by Philadelphia Magazine in 2017.

Abigail Cohen was a graduate of the class of 1991. Her life as an artist and photographer was dedicated to the pursuit of social and aesthetic concerns. The Abigail Rebecca Cohen '91 annual lecture series is made possible by the generous support of her brother, Jonathan Cohen '88, and his wife Julia Pershan.