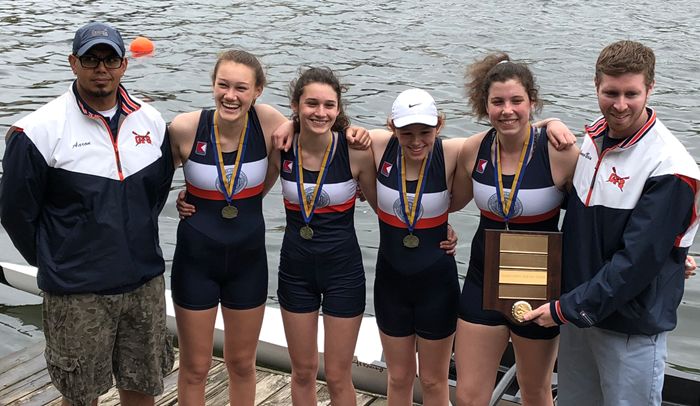 The Philadelphia City Championships in crew takes place over two days and serves as our Scholastic Nationals qualifier. On Saturday, May 5, GFS rowers competed in time trials to make and seed the finals. Semi-finals and finals took place on Sunday, May 6. 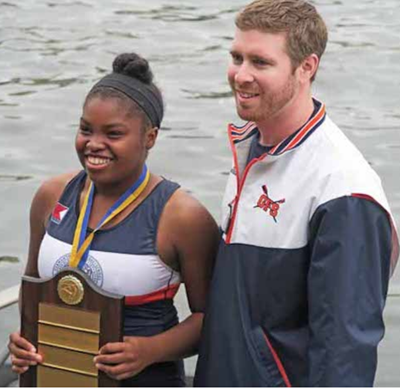 All three novice boats that made the finals became City Champions!

Evelyn Anderson '19 was the first boat to compete in the finals (W Novice 1x). 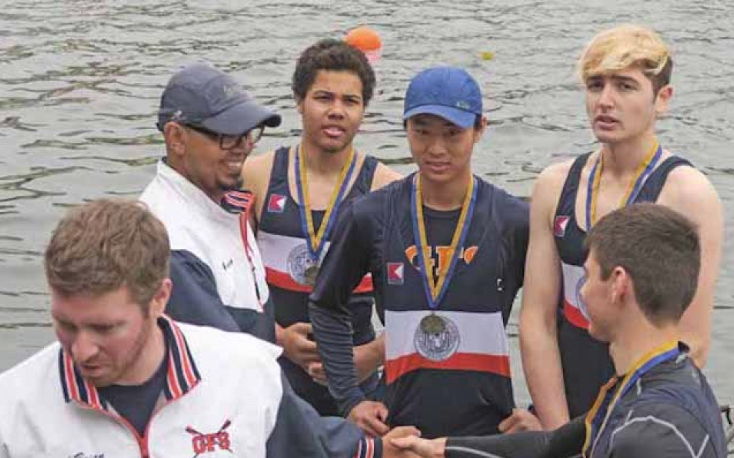 The lightweight 2xs finished in the same placement as their time trials. Zaynab Sanogo '19 and Isabel Mehta '20 placed 6th in the WLt. 2x and Seve Reitano '19 and Finn Kassel-Osborne '20 placed 5th in the MLt. 2x. 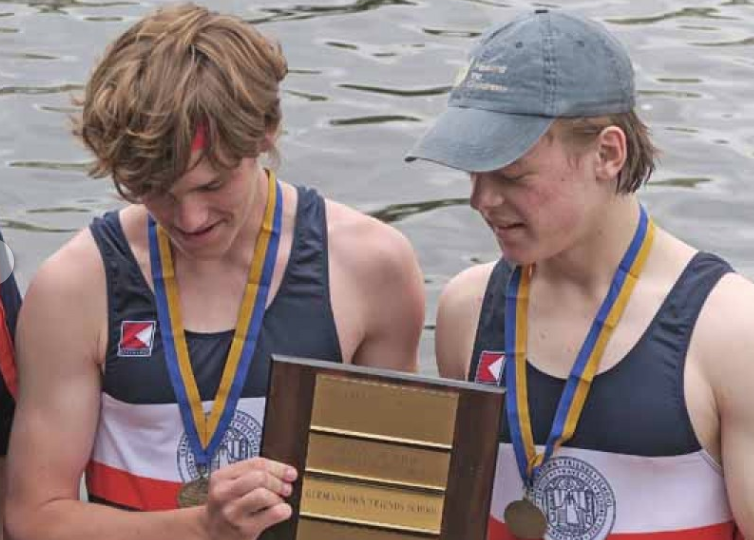 Andy Regli '19 had the sprint of a lifetime to edge out Friends Select, who led for 3/4s of the race. Watch the come-from-behind victory (start at the 5:13:00 mark), as well as all of the finals.

Not surprisingly, James Wright '18 successfully defended his title and won the men's 1x by a margin of 6 seconds. 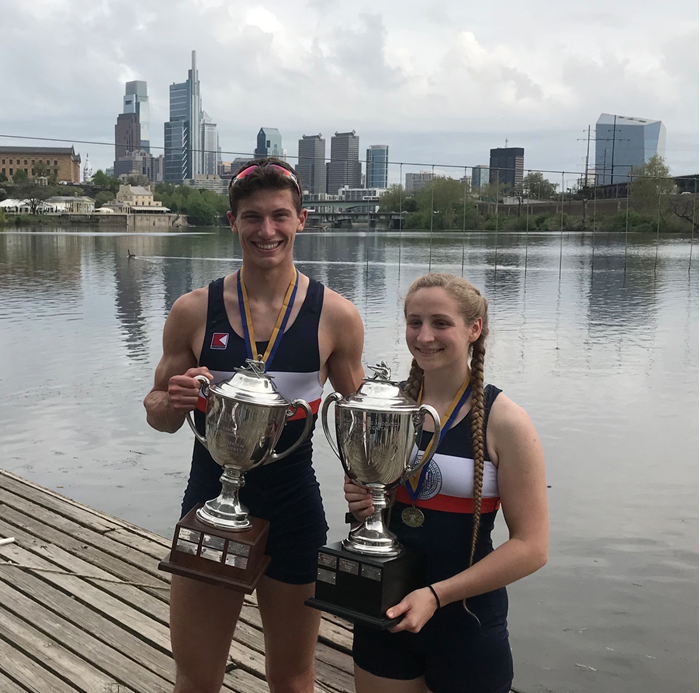 Kim Hua '19 and Katie Maguire '19 ended the day for GFS competing in the WV 2X and placed 2nd. 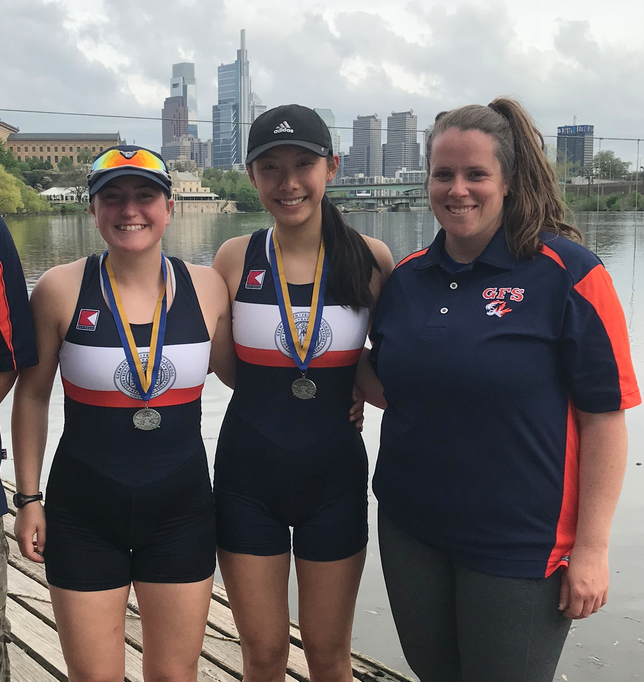 The four JV and Varsity boats have all qualified to compete at Scholastic Nationals on May 25 and 26.

GFS will compete this upcoming weekend at the Mid-Atlantic Youth Championships in West Windsor, NJ, which is also our qualifier for USRowing Youth Nationals in Rancho Cordova, CA.

Read more about our Crew teams' successes in the Chestnut Hill Local: