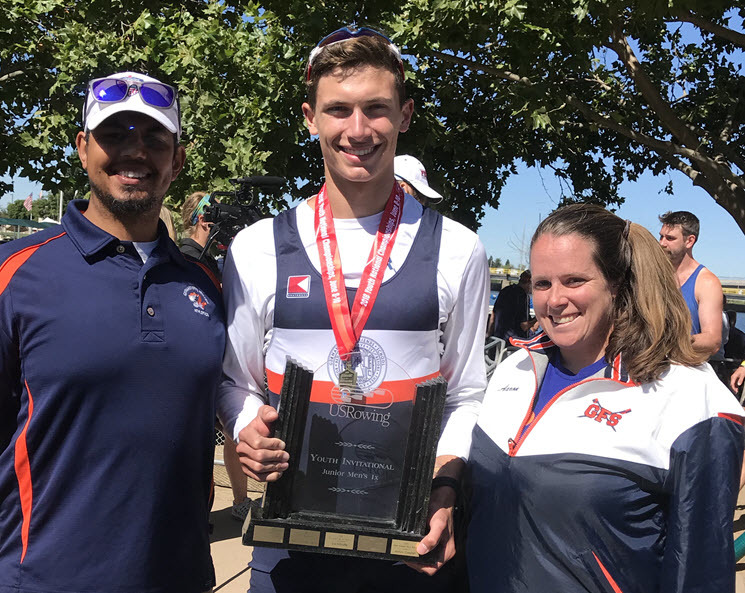 Two updates from the world of crew as the championship season concludes.

We have two updates from the world of crew as the championship season concludes.

Here in Philadelphia, our crew team competed in the National Schools' Championship Regatta (co-sponsored by USRowing and National Scholastic Rowing Association) on Sunday, June 10. This regatta was created for crews that qualified for Youth Nationals, but were not able to compete due to logistics. Some crews, like our women's boats, petitioned to compete in the regatta. 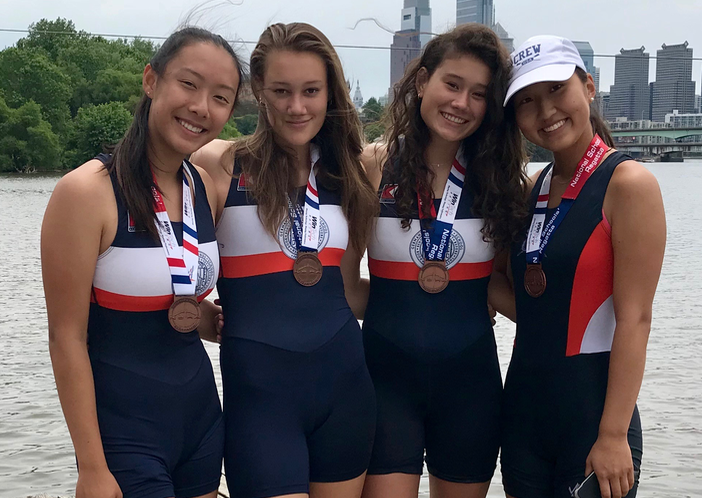 Meanwhile, at the USRowing Youth Nationals, taking place on June 8-10 in Rancho Cordova, California, GFS was competing to win.

Raz Allon '19 and Finn Kassel '20 placed 21st in the time trials and placed 6th in the repechage. 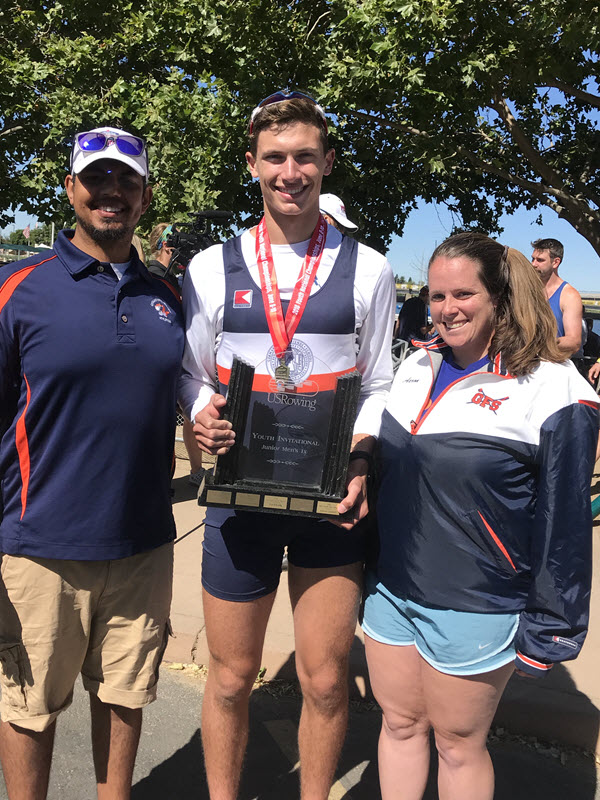 Coach Aaron Preetam says, "James has given the team a blueprint for success. He was incredibly hard on himself and was even disappointed with a number of races that he won. It was difficult to say goodbye to James because I cared for him like he was one of my own children. I'm excited to see how he does in Selection Camp [junior national team] and beyond."

Congratulations, James, and to all of our crew athletes for a terrific season!