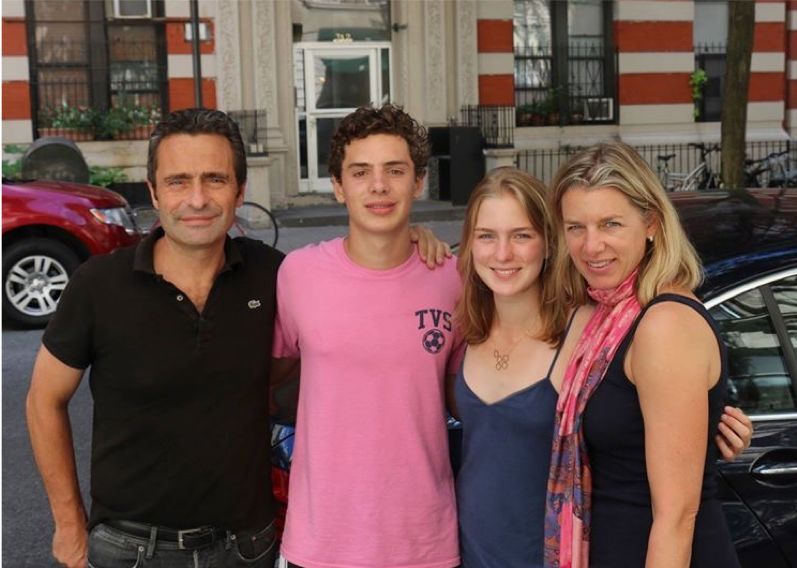 Kate Felsen di Pietro '84 and her restaurateur husband Luca have spent their quarantine feeding the frontlines.

Kate Felsen Di Pietro '84 and her restaurateur husband Luca have spent their quarantine feeding the frontlines.

On Saturday, May 2, New York Governor Andrew Cuomo, as part of his Coronavirus newsletter, shared a special "Deep Breath Moment" shout-out to a cause close to Kate Felsen Di Pietro '84's heart: "New York City restaurateur Luca Di Pietro has raised over $1.26 million in donations to feed frontline workers through his Feed the Frontlines NYC initiative."

Fast forward more than a week, and that number has climbed to almost $1.3 million—not bad for what started as a family effort and has now grown into a national movement.

When COVID-19 first shut down Manhattan in mid-March, the restaurant industry, including Luca's five-restaurant group, Tarallucci e Vino, was hit hard; reduced to only providing take-out and delivery services, Luca was forced to shutter four of his locations and cut his staff by 95 people. Then a concerned college friend of Kate's called and ordered 40 meals to be delivered to workers on the frontline—and the seed for Feed the Frontlines NYC was planted.

"Luca got the idea that this could be something more than just a one-time act of kindness," Kate told journalist Karine Jean-Pierre on Conversations with Karine Jean-Pierre in late April. "It could be a way of keeping the restaurant open, keeping people employed, and nourishing frontline workers."

Since March, those initial 40 dinners have evolved into almost 90,000 meals delivered to date (more than 1,000 per day), serving 41 hospitals across New York City and the surrounding boroughs. More than 100 restaurant employees have returned to work. While Luca manages the Feed the Frontlines NYC's "big picture" and Kate—an award-winning journalist and communications and marketing specialist—works on funding, media, and developing partnerships, son Ian, 19, a freshman at Williams, oversees the organization's spreadsheets, and daughter Isabella, 22, a senior at Harvard, runs operations; just months shy of graduation, she took a leave of absence from school to devote herself to the cause full time.

"For now, I'm committed to doing the work that I'm currently doing until there is no need any more," Isabella told The Harvard Gazette. "Even after the acute part of this crisis is over, there are going to be so many longer-term effects on the economy and on the workers who were laid off."

The Feed the Frontlines movement has expanded beyond New York City as well, with partner restaurants in the suburbs and sister initiatives in other cities around the country, including Boston, Miami, Sacramento, and San Diego—many of them started by Kate's former lacrosse teammates from her Harvard days and Isabella's school friends. As press from news outlets such as Bloomberg QuickTake to NBC New York continues to roll in, a community effort based on kindness and humanity has captured our minds—and our hearts. "It was born out of necessity, but it was also born out of generosity," Kate told NBC New York on April 30.

Click here for more information about Feed the Frontlines NYC and how to get involved.