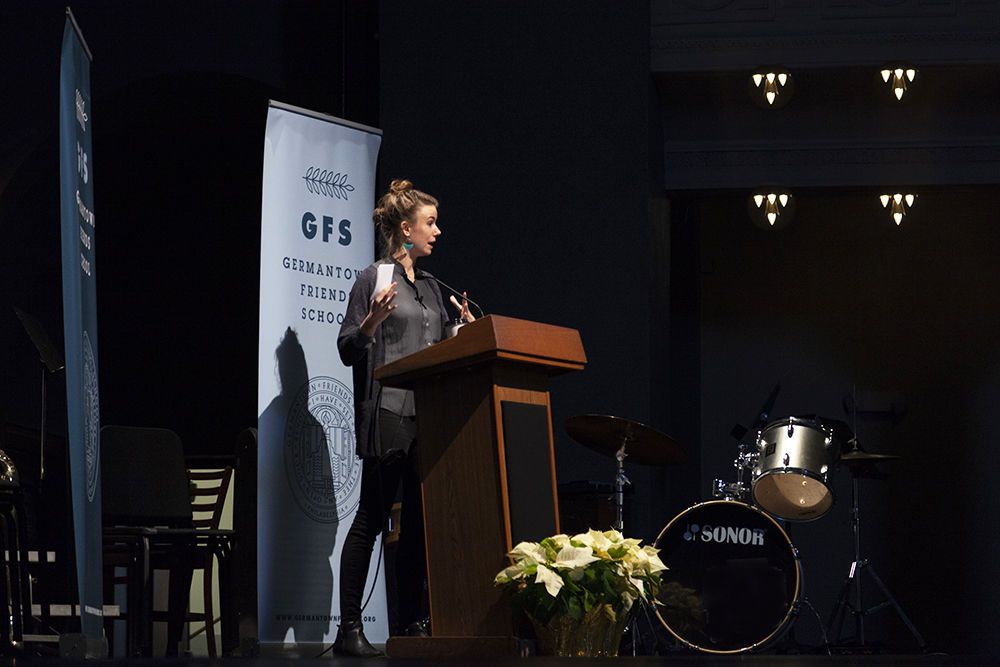 On Friday, December 14, Ellery Biddle '01 delivered a speech during the annual Alumni Speaker assembly. Biddle is the advocacy director for Global Voices, an international media organization of bloggers, journalists, and activists from more than 170 countries. She writes regularly for Global Voices and Slate, focusing on reporting and advocating for internet censorship surveillance around the world.

After a brief introduction by Anne Gerbner, Biddle shared her experience at Germantown Friends School. She appreciated her Spanish class in which she was exposed to the film Fresa y Chocolate. The film was set in Cuba under the administration of Fidel Castro in 1979, a time that saw vehement media control and rampant propaganda. She recalled how the film kindled her enthusiasm for social justice with regards to media censorship.

Biddle then narrated the ordeal that the team of the blog Periodismo de Barrio underwent in Cuba. In 2016, journalist Elaine Díaz and her colleagues went to Baracoa, Cuba, to cover the aftermath of Hurricane Matthew. While there, they were arrested for "reporting without a permit." Their pieces of equipment were confiscated and the contents were erased. The women in the team were physically examined, but not their male counterparts. 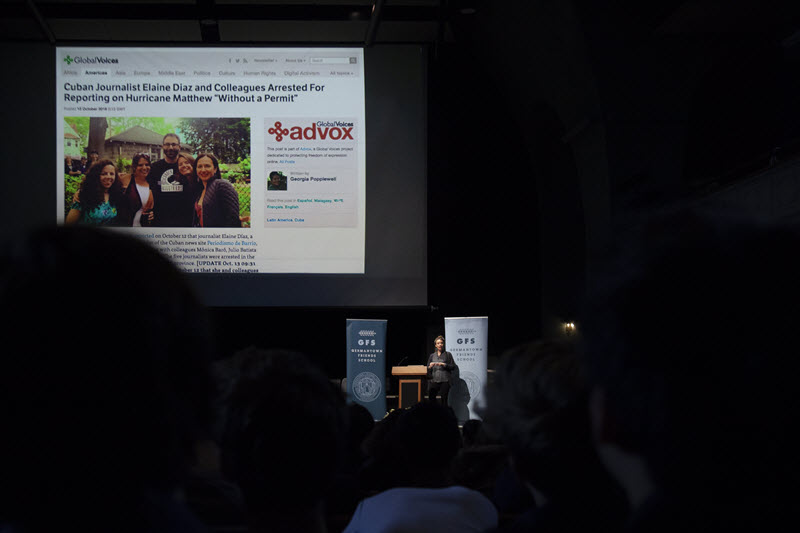 Her poignant recount proved that the peril of being arrested for reporting is, regrettably, real. Hence, the aspiration of building a global community that works together towards telling stories free of censorship.

With free speech naturally comes ethical queries. What is the relationship between free speech and social media? Who makes the decision about which statements get to stay on a platform and which do not? There is a power triangle consisting of government, community, and enterprises. Media are generally viewed as an agency that supervises the government. Who, then, supervises the media? Who will hold the companies accountable? The power dynamic between media and government is inherently complex. Biddle related an anecdote about a social media platform that provoked a brouhaha in the audience. According to her experience, the social media's zone of cyberspace was almost a dictatorship. The policies are utterly arbitrary and non-negotiable. "Social media platforms have no constitution," Biddle declared.

Biddle's talk was emotive and thought-provoking. For most GFS students, her speech was a novel exposure to the arena of government and media. 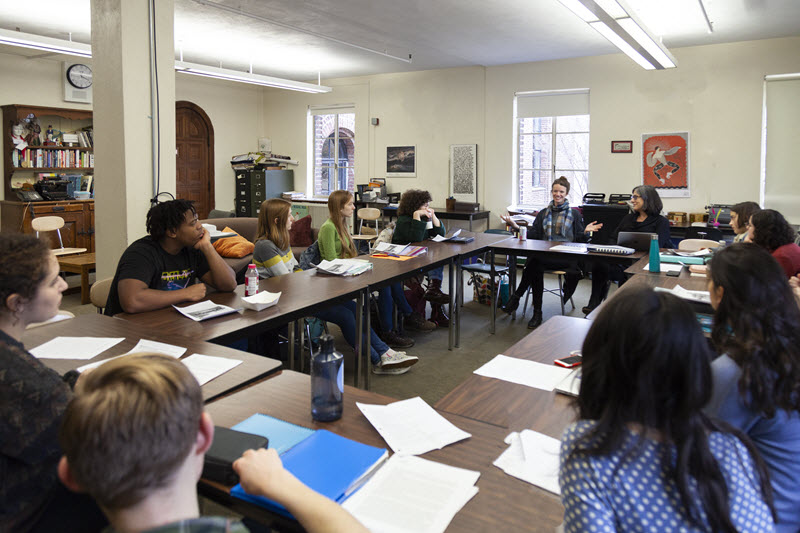 After the assembly, Ellery Biddle spoke with students in Anne Gerbner's English class.