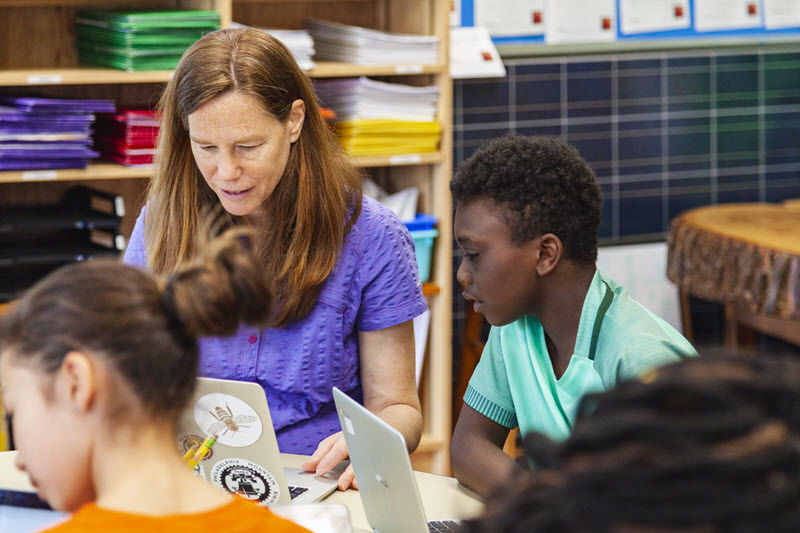 In Karen Cherubini's fifth grade science class, she empowers students to embrace the Quaker value of Stewardship and get involved in issues that they witness close to home and in the wider world.

From climate change to the Great Pacific Garbage Patch, tacking environmental issues can seem daunting. In Karen Cherubini's fifth grade science class, she empowers students to embrace the Quaker value of Stewardship and get involved in issues that they witness close to home and in the wider world.

In connection with Earth Month, Karen leads a science unit on environmental justice. Her students begin by discussing environmental issues that are easy to see, such as litter, and then they consider issues of equity, such as: Where do they see litter? Why do some neighborhoods have more or less litter than others? Where does the trash go when it is left on the street? 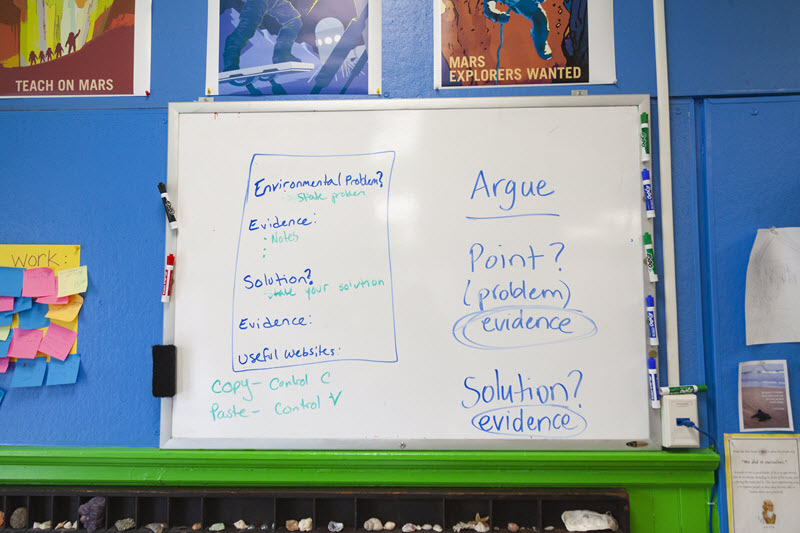 The students work in teams to research particular environmental topics, and then they work individually to write their own argument on the topic, using the scientific claim/evidence/reasoning methodology that they apply to all areas of scientific investigation. Tying the lesson into the students' language arts studies as well, the students write full descriptions of their issue, detailing the evidence, and then posing suggestions for how they can make a difference, backing up their suggestions with their research. 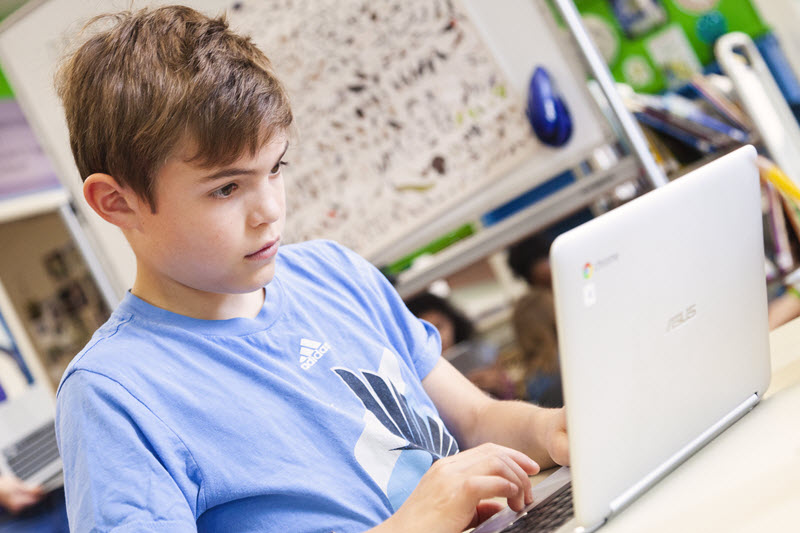 Fifth grader Elliot is studying pesticide overuse, a topic that caught his interest due to his grandfather's family farm in Iowa. Elliot explains, "I go to this farm in Iowa every year, and as I go into Iowa, I see everyone spraying pesticides. My grandfather is trying to return his farm to native prairie. It used to be all corn fields. He's working with Practical Farmers of Iowa." Elliot is concerned about pesticide overuse being bad for human health and the environment, and he would like to see a ban poisonous pesticides. "I might write an argument and send a letter," he says. 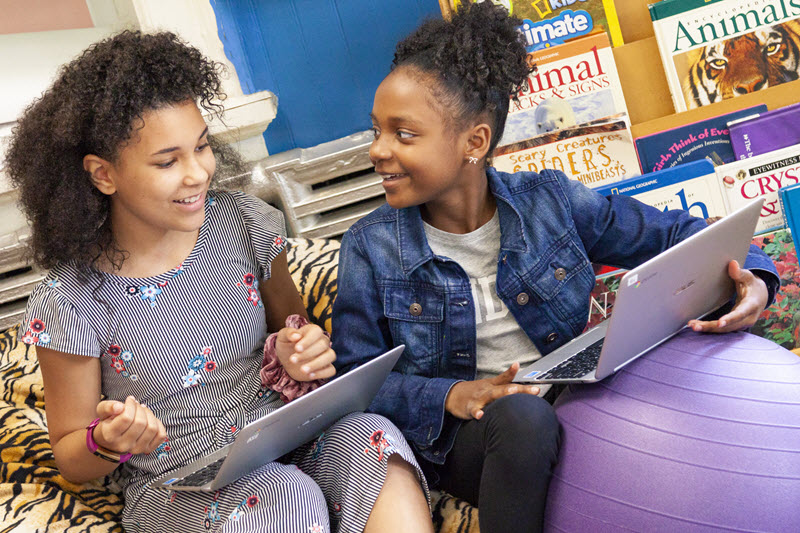 London and Shannon are studying trash in the ocean. London says, "Trash in the street flows to the ocean, and it can clog the sewers too. Litter gets in the ocean and affects animals." Shannon adds, "Many animals get killed by plastic in the ocean. Bags and bottles get mistaken for food, and the plastic can get stuck in their nostrils, ears, and blowholes." 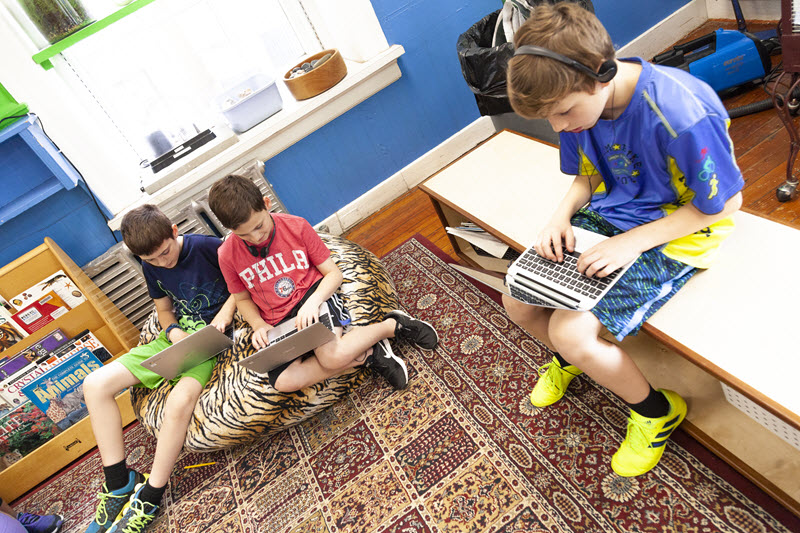 Jack, in his investigations into water pollution, discovered that many thousands of aquatic mammals die from pollution every year. While this is an upsetting fact, Jack offers a range of solutions to help shrink the problem. "We should ensure minimal use of bleach and detergent, and stop using the toilet as a trash bin."

Karen hopes that her students learn that they are not powerless, and that they can educate their communities and get involved. "Some write letters to elected officials. Some do neighborhood clean-ups, and involve their neighbors," she says. Karen has made a promise to the students that she will bring them good news about the environment each time their class meets, and she believes that teaching them how to do the same keeps everyone focused on moving forward in a positive direction.