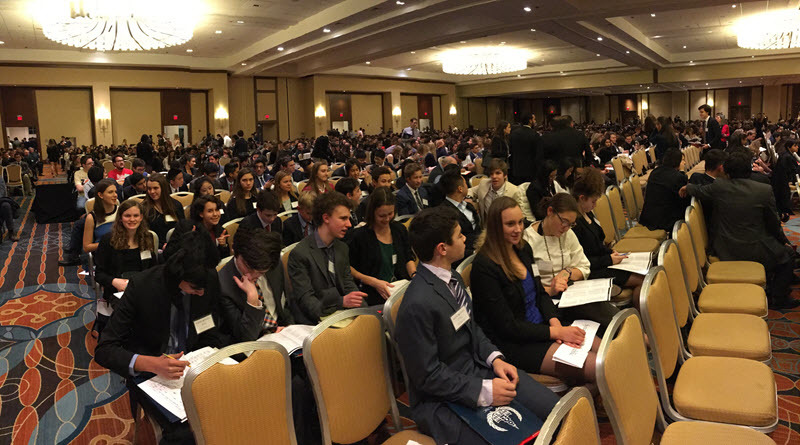 The GFS Model UN team, led by faculty advisor John Ceccatti, just returned from an exciting week as participants in the Ivy League Model United Nations Conference (ILMUNC), founded at the University of Pennsylvania, with more than 3,000 students from around the world.

Delegates engaged in four days of debate, negotiation, and resolution-writing representing Syria in the General Assembly, France in a regional energy conference, and various historical and fictional individuals from the Exxon Board of Directors 1989, FIFA, the 2020 British Parliament, the Vietnamese Communist Party of 1986, and the Brotherhood in Orwell's 1984.

Seth Jhaveri '19 won an award for his role in the Vietnamese Communist Party of 1986!

In the photo: Our GFS contingent is sitting in three rows at the opening ceremony.

Congratulations to all of our GFS delegates!