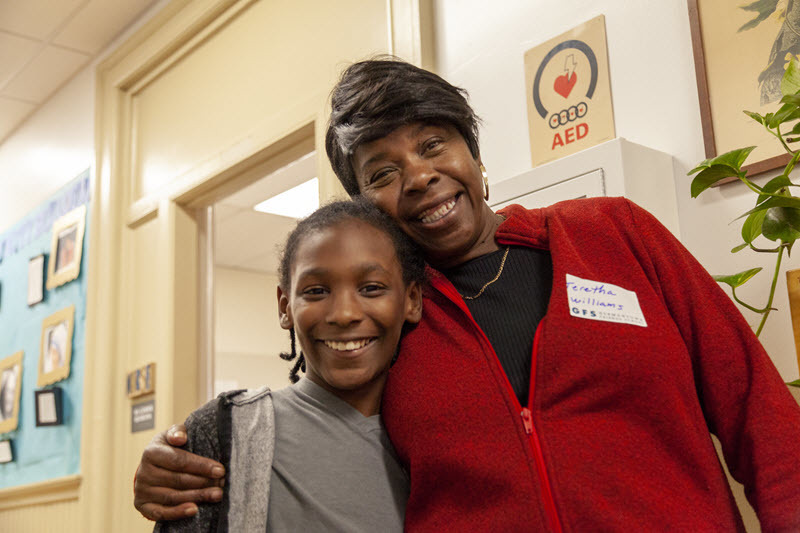 On Friday, October 12, grandparents and special friends visited students' classrooms, where they hunkered down in small chairs and had thoughtful conversations.

At Grandparents and Special Friends Day, sweet scenes were found around every Lower School corner.

Following a welcoming reception in the Meetinghouse last Friday, October 12, waves of grandparents and special friends followed school volunteers to the students' classrooms, where they hunkered down in small chairs and had thoughtful conversations. 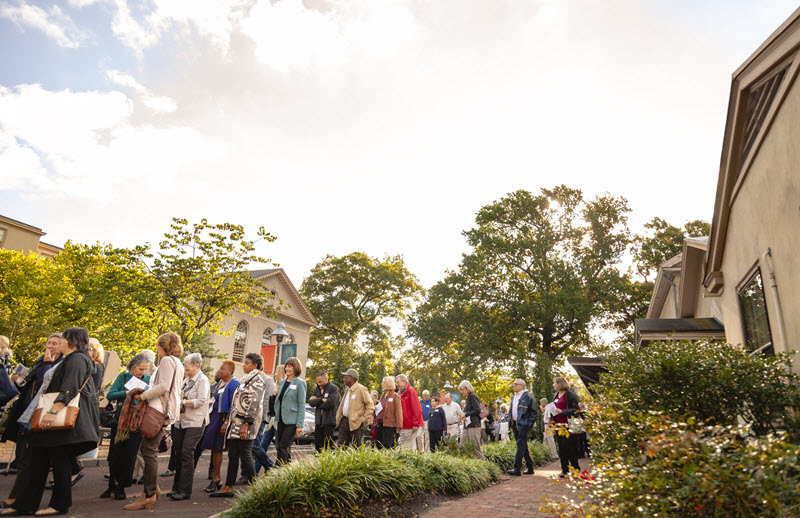 In one of the second grade classrooms, students and their guests conducted "Getting in a Time Machine" interviews, where they built a picture of their visitor's life when they were eight-year-olds. They learned all about where their visitor lived, whether they had siblings and what their names were, and what their bedrooms were like—all very critical parts of day-to-day life for second graders! 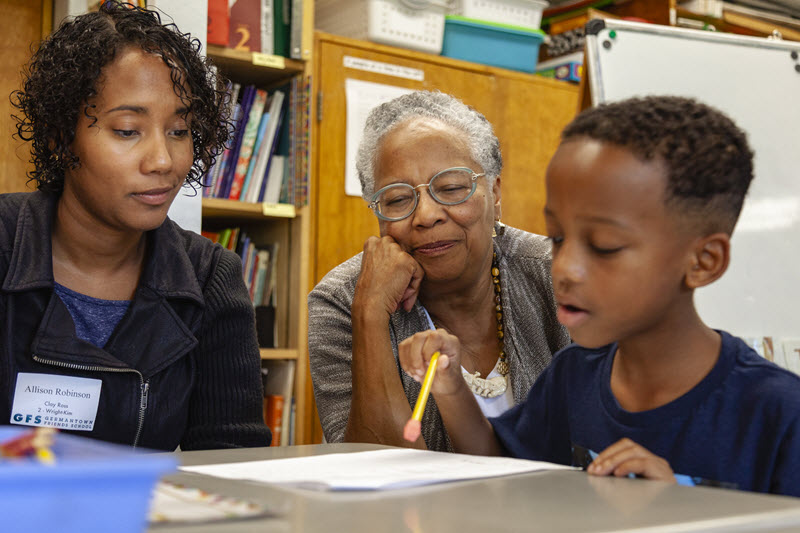 Over in the Kindergarten classrooms, students were playing apple bingo, having an apple tasting, and doing a scavenger hunt with their visitors, while outdoors, students and visitors enjoyed the sunshine on the playgrounds. 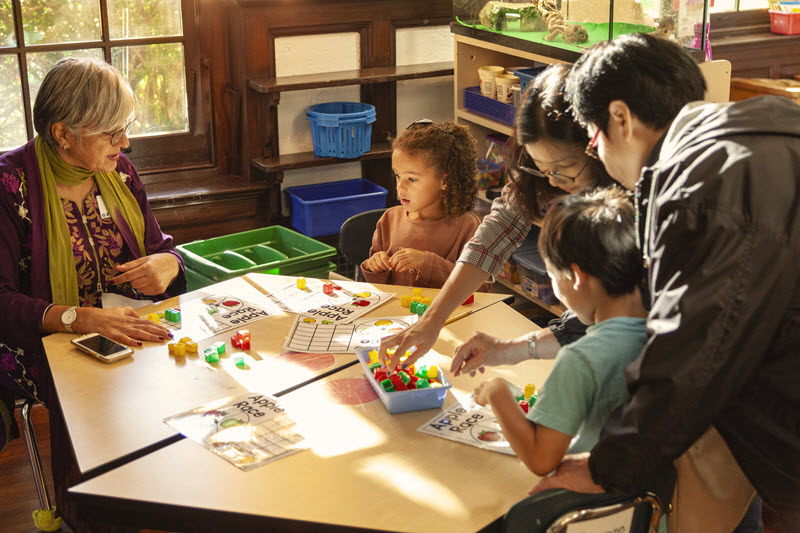 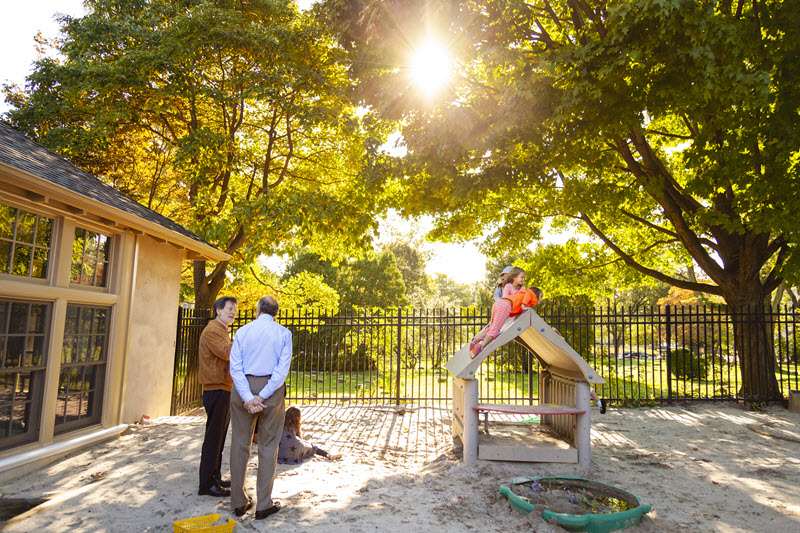 In a fifth grade classroom, as visitors introduced themselves, they each shared a memory from their own experience being a fifth grader: climbing trees, going on road trips, having great teachers, playing football at recess... 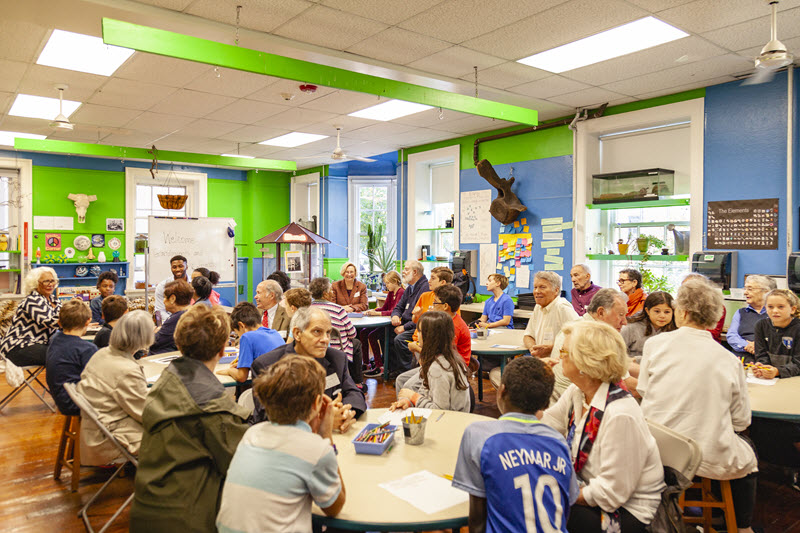 In the Friends Free Library, another class of fifth-graders interviewed their visitors with a "cross-generational questionnaire," asking about their guests' lives when they were the student's age. They inquired about favorite TV shows and candy from that time, what toys they liked to play with, and how they spent their spare time.

In asking a grandparent about what expressions adults used when he was little, the grandparent said, "When I was little, adults were always using 'When I was your age...'" The student was quick to respond, "They still do!" 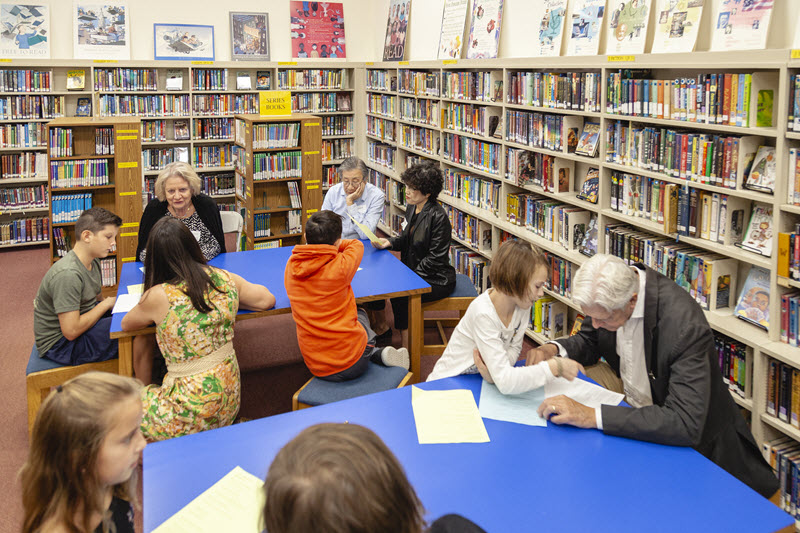 See the rest of the photos from the day here.