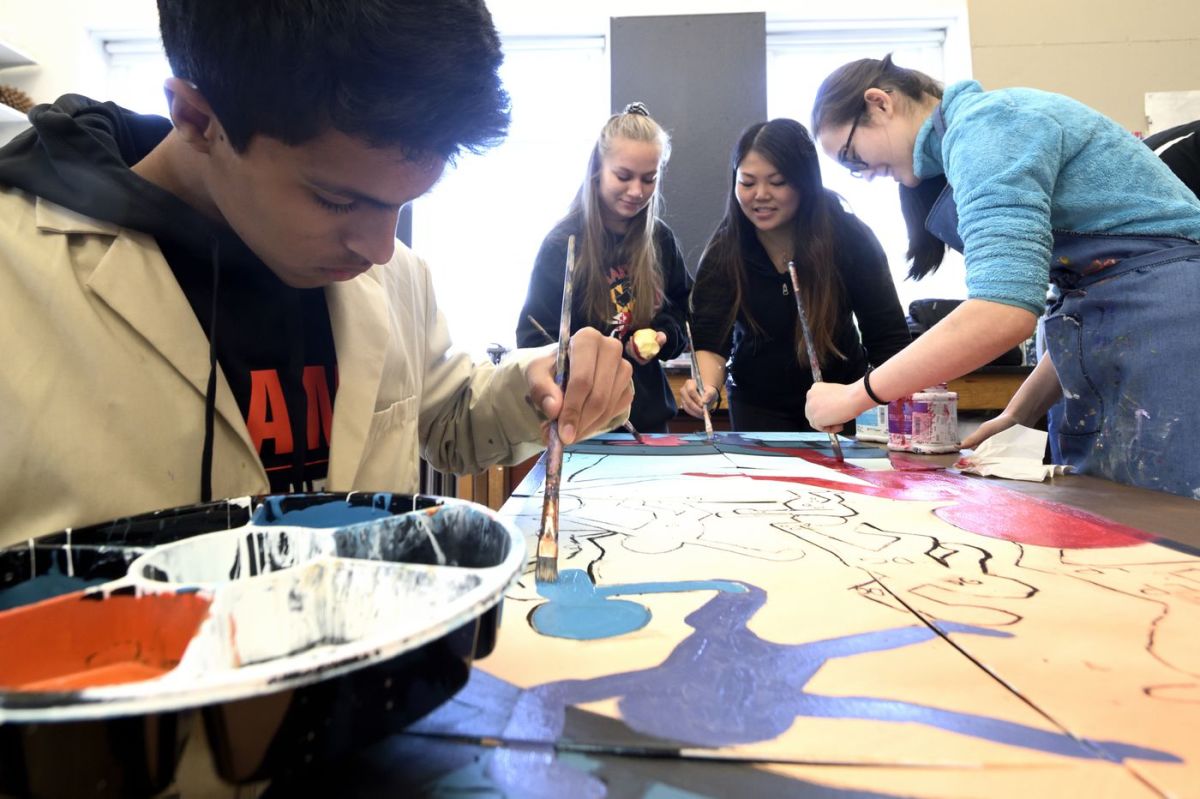 Originally published in The Philadelphia Inquirer.

On a recent morning at Germantown Friends School, teacher Alex Levin called on ninth grader Cole Winicov to demonstrate what he'd learned in class over the last eight days.

Instead of walking to the blackboard, Cole whipped out a deck of cards.

"Pick a card," he said, then showed off a midair bridge as he summoned an observer to play along with his magic trick. He shuffled some more, slapped a card on the floor — an eight of clubs — alas, not the right one. Ah, but the trick wasn't over. Cole left the card, then after some one‐handed cuts and other sleight of hand, he directed his audience back to the floor. The card was turned over and — tada! — it's the correct card, an eight of diamonds.

"I love this so much," said Levin of his star pupil in a "Games and Magic" class, where the kids learned card and dice tricks from a professional magician and labored to master games such as Jotto and Scattergories.

Across the way in a Quaker meetinghouse warmed by two piping-hot ovens, French teacher Amy Celantano and her 11 students are on their fifth and favorite course of the day. Not an academic course, but dessert, a final blast of chocolate cake, strawberry pie, mousse, and meringues that says la fin to an elaborate French feast.

If it's a "Bon Appétit" class, this must be January — the month when 400 upper schoolers at the Philadelphia private academy cast aside the fundamentals of English or math for the fun of their brief January term, or "J‐Term." Kids enjoy short bursts of learning around 79 unconventional topics such as literature about dogs, canoeing, abstract painting, mindfulness, and Alexander Hamilton the man and the musical.

"This is an academically high‐achieving school where students do have a lot of expectations — what the J‐Term does is provide a chance for us to put those pressures aside and engage in experiential learning," said Matthew Young, director of the Germantown Friends upper school, which has been offering its three‐week January term for five years.

The idea for a January stretch of short, intensive, offbeat classes that break up the academic year originated on college campuses, where they remain popular. But in the Philadelphia region, a number of private secondary schools — with more freedom to experiment with the calendar and curriculum than their public counterparts — have enthusiastically adopted the idea.

Proponents say the one‐ to two‐week mini‐classes give students a chance to try more hands‐on learning or enjoy out‐of‐classroom experiences, presented by teachers who share their passion for a special subject outside the normal bounds of academia. For some schools, offering the classes after the holiday recess is also a creative way to jump‐start the second half of a long academic year. Read the full story.