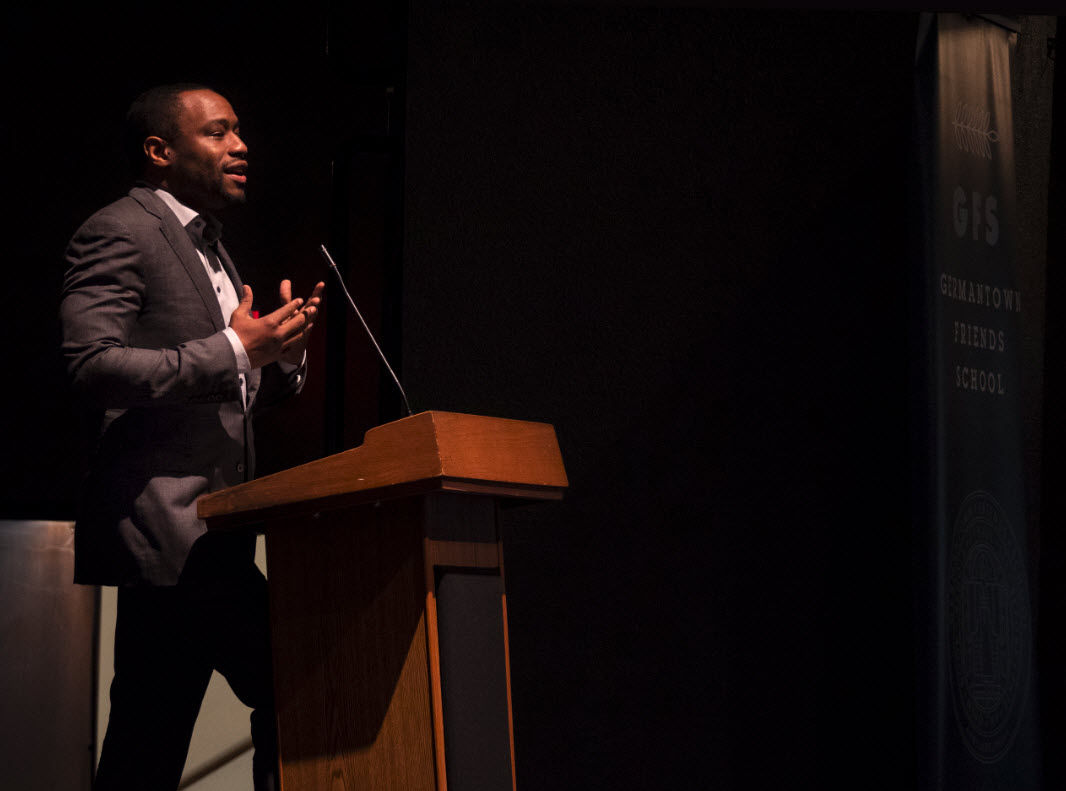 At the Mercer Tate ‘48 Lecture for Public Service on Monday, October 15, Dr. Marc Lamont Hill delivered a rousing exhortation for our Upper School students to unleash their imagination, engage in deep listening, and take action.

At the Mercer Tate ‘48 Lecture for Public Service on Monday, October 15, Dr. Marc Lamont Hill delivered a rousing exhortation for our Upper School students to unleash their imagination, engage in deep listening, and take action.

Dr. Hill, who is a host on Black Entertainment Television (BET), a political contributor for CNN, and a Professor of Media, Cities, and Solutions at Temple University, spoke passionately for nearly an hour, calling on students to ask themselves hard questions about how they plan to operate in the world.

To shake students from conventional thinking, he urged them to consider the value of releasing the imagination. He explained, “When I say ‘releasing the imagination,’ I mean that we cannot afford to be a prisoner to the moment. No matter where you are in your situation, no matter where we are as a society, we still have the ability to be different and better, and our dreams of freedom don’t have to be reducible to the moment. Whatever you do, I want it to be from a place of boundless possibility.”

In order to release the imagination, Dr. Hill encourages deep listening, and connected the process to Quaker meeting: “One of the most fascinating things about Quaker meeting is how quiet it is. The idea is that we’re being pensive. We’re being contemplative. And when we’re moved to speak, we speak. That’s cool. But there’s a difference between being quiet and listening. Quiet is peaceful. But listening, powerful listening, requires some other things. Radical listening, deep listening, is about understanding the perspective of others by decentering yourself. You try to understand the world through the eyes of other people. As anthropologists, we talk about making the strange familiar and the familiar strange. It means, What is like to look at my own experience, my own world, through the eyes of others?”

Dr. Hill stressed how critical it is to factor these other voices into shaping one’s worldview. “If you leave GFS in twelfth grade with the same worldview you had in ninth grade, you have failed in your education. Because the challenge of education is not just to leave the world better than you found it, it’s to leave you better than you were when you started.”

In addition to releasing the imagination and practicing deep listening, Dr. Hill called for brave action in the tradition of Mercer Tate. “Brave action means, first, you’ve got to do something,” he explained. “The biggest problem today is there are too many people who don’t do anything. The world is on fire! We have mass poverty.  [America is] the richest empire in human history, and children are going to bed hungry every single night. Two-point-three million Americans are incarcerated right now.  Eighty percent of the people in jail—in jail, not in prison—are there not because of the crime but because they don’t have enough money for bail. Hate crimes are on the rise. Anti-Semitism is on the rise. Sexual violence, sexual assault: on the rise... The question is, what are you going to do about it? What’s your commitment? My expectation is that you won’t put the whole fire out. But we can do something if we commit to brave action. How do you commit to brave action? You organize. You organize to change the world.”

Dr. Hill wrapped up his plea with his hopes for the future: “I want to live in a world where everyone has access to three things: good love, healthy choices, and second chances.” 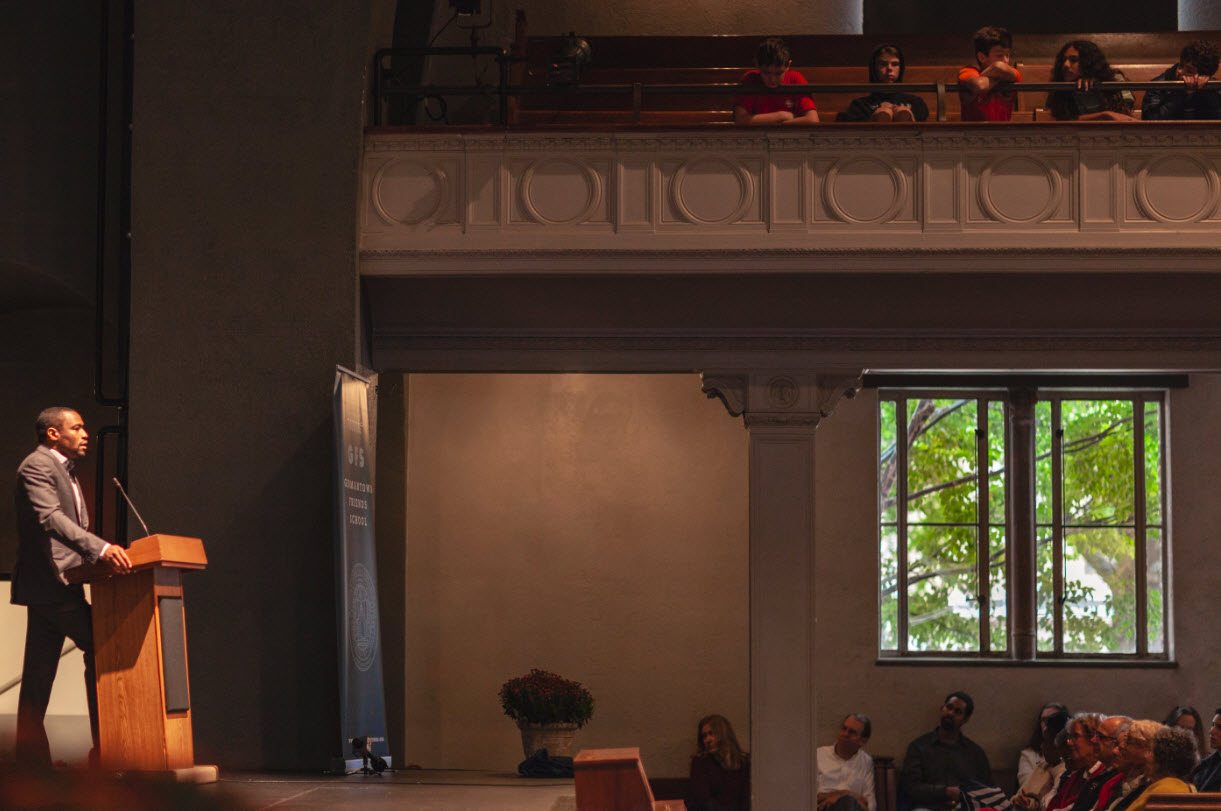 The Mercer Tate '48 Lecture was established in 1992 in honor and memory of Mercer D. Tate, a lifer at Germantown Friends School, and features prominent speakers from various fields of public service. Tate was a dedicated public servant devoted to the GFS community and to Philadelphia. Among his many public service activities, he was the Democratic leader of the ninth ward in Philadelphia, president of the Fellowship Commission, president of the United Neighborhood Centers of America, and a delegate to the Pennsylvania Constitutional Convention, where he helped rewrite the state constitution.

Mercer Tate also served GFS in many ways: as head of the alumni association, as a member of the School Committee, and as a constant and committed volunteer. He devoted his life to public service and exemplified the values that we still model at GFS today.