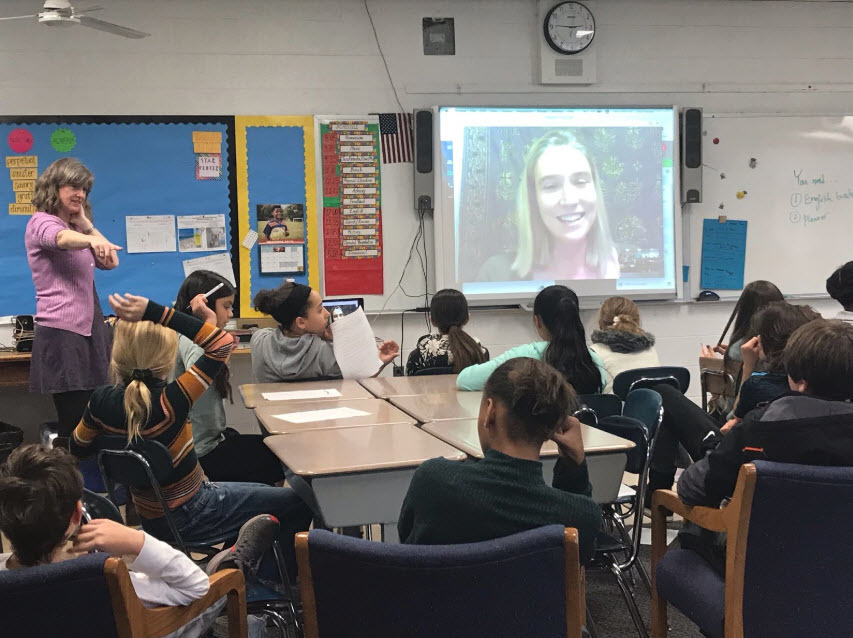 During her cave explorations across the globe, Genevieve noticed geometric signs and when she asked about them, she learned that no one had any previous information about what they meant.

So, she went on to explore 52 caves and cataloged the same geometric signs in caves in Europe, Africa, Asia, and North America. She found the same 32 signs consistently, spanning a 30,000-40,000 year time span. It turned out these are likely a sort of proto-writing, the petroglyphs giving way to pictographs and leading to full alphabets.

Students were able to ask Genevieve questions about her explorations, career, and life beyond her work. When asked how she became interested in archeology, Genevieve reflected on her childhood interest in investing and exploring, as well as studying Roman history. Students also asked about the texture of cave art, which made Genevieve laugh, saying "It is actually quite lumpy and gooey."

Students ended with a final, thoughtful question: "Are there more caves?" 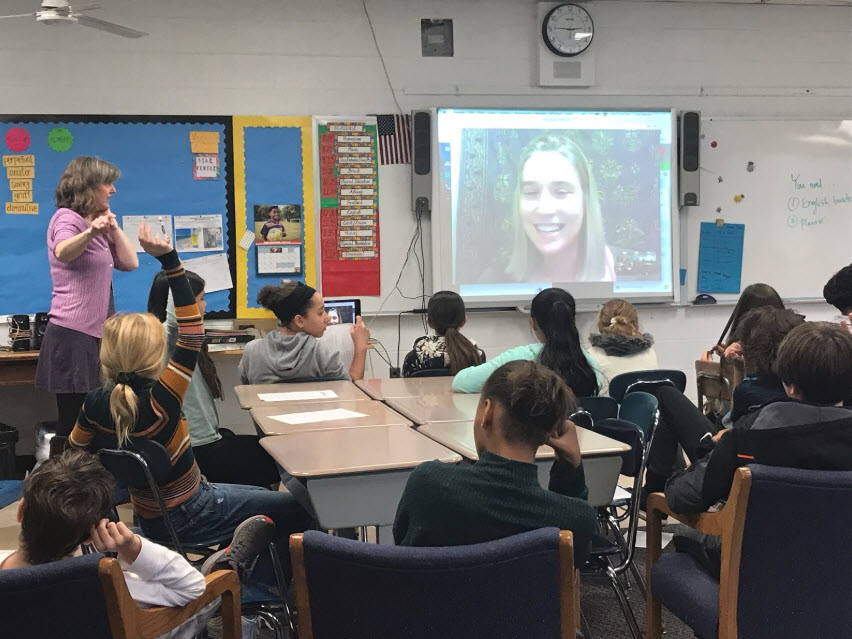