The Beauty of Quaker Process: Collaborating Together to Find Common Ground and Inspiration for a Programmed MFW 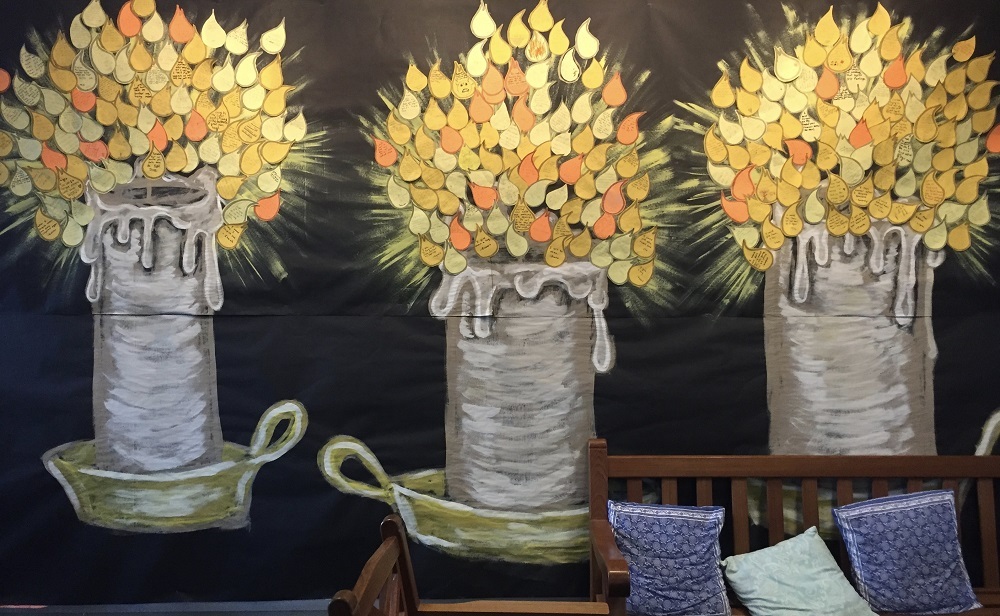 On January 17, two days after Martin Luther King, Jr. would have turned 90, the Lower School were gathered to honor his work through a programmed Meeting for Worship with a focus on one of the teachings of Dr. King: forgiveness.

Daniel Rouse, second grade teacher and member of the Lower School Quakerism Committee, shared this story about the genesis of the beautiful mural currently adorning the Cary Building's lobby.

On Thursday, January 17, 2019, the Lower School gathered as usual for Meeting for Worship (MFW) in the Meetinghouse. Two days after Martin Luther King Jr. would have turned 90, we were gathering to honor his work.

The Lower School Quakerism Committee had planned a programmed Meeting for Worship for that day with a focus on one of the teachings of Dr. King: forgiveness.

Our query: "When I have been hurt, how do I forgive?"

But here is the backstory. Queries don't just happen.

First of all, you have to have a good query that speaks to the reality of the need. Thankfully, Norman Bayard, Lower School Dean of Students and Community Life, knew the right question to ask. Hence, the query we ended with was Norman's idea. (Clearly, his daily work of compassion helped to generate such a good question.)

Our work began when Amparo Stetina challenged the committee with the idea that not only did students need to contemplate a question, they also need to be engaged. She took the idea of Light and turned it into fire! Her idea: Each student would respond to the query in writing and then she had the vision to suggest that perhaps Khaleel Adger, our Lower School art teacher, could design a format that would allow for an expression from all of the students. And the fire came forth! Khaleel had the idea that each student could respond on a part of a flame—in paper form—on a mural in the Cary Building lobby.

The next concern: How do you capture the thoughts of kids in a timely manner on paper flames? The answer was, again thanks to Amparo, don't rush! Give everyone the time to think and respond.

So the mural in the Cary Building lobby happened.

Take a moment to read the students' words reflecting on the query "When I have been hurt, how do I forgive?" 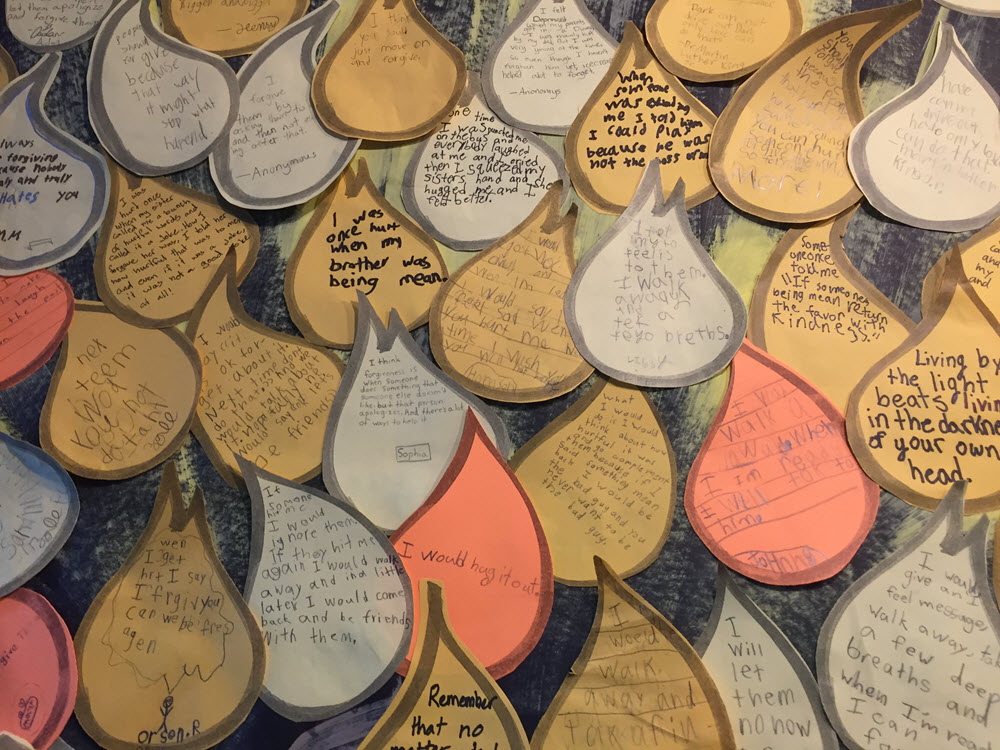