The Power of Her Voice: Honoring Women’s History Month Through Stories

For International Women's Day (March 8, 2021), we spoke with student Diversity Ambassador Maria Ramos '23 and mentor Penka Slavova, Director of the International Student Program (ISP), about a collaboration between the Office of Diversity, Equity & Inclusion and the student ambassadors to celebrate Women’s History Month.

Maria and her peers, Alana Maguire ‘23 and ISP student John Yang '23, spearheaded an effort with Penka and the DEI Office to honor influential women. Each week, they feature local heroes, international women, and nobel-prize winners in art, activism, sports, STEM, politics, and education.

“We were looking to focus on unknown heroines from different backgrounds, countries, and accomplishments to tell untold stories, dismantling popular myths and adding some real-world facts,” says Penka.

Currently in its third year, the Diversity Ambassadors program is the bridge between GFS students and the DEI office. When asked why she joined the group, Maria explained, “I consider myself a feminist and activist. As a Latina woman, I feel as though it’s my responsibility to consider myself as both of those identities. I really wanted to find a way to connect to DEI work at GFS, and the Diversity Ambassadors seemed like the perfect fit.” Maria is also a club leader for Action Through Athletes, which is currently working to bring together a panel of “the next generation of female athletes.” 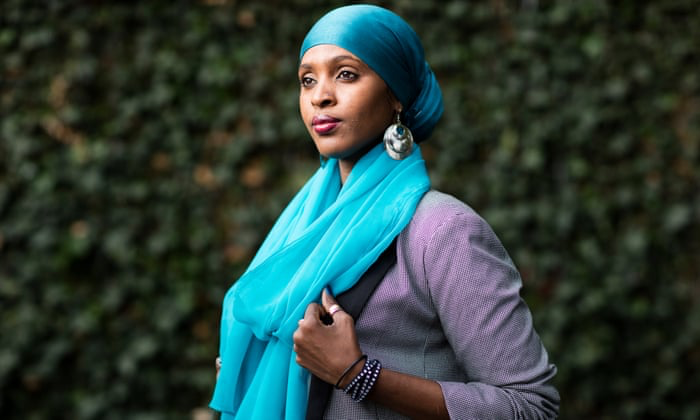 In her research for the project, Maria found that women are bringing stability to government and the state of our world today, but they are not seen or reported on as much in the media. “The voices of women can get lost in history. It’s really important for me to look at empowering female role models,” she says. “Women are underrepresented in a lot of different fields, especially in STEM.”

Penka adds, “I think it’s important to note that women uphold humanity. We want to relate to each other on this very human-to-human level. It’s an important time to get in touch with ourselves. Whether you’re a woman, man, non-binary, or genderqueer, putting human relationships first and leveling that field where we actually hear one another is so important.”