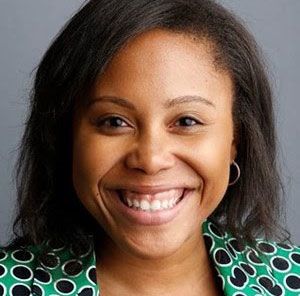 AOC Spotlight: Jessica Gray '07
Dec 4 2020
Share to FacebookShare to TwitterShare to Google+Share to LinkedInShare to PinterestShare to Email

We are pleased to spotlight Jessica Gray '07, the assistant athletics director for the J.T. and Margaret Talkington Leadership Academy at Texas Tech University, a role she was promoted to in January of 2020. In this position, Jessica uses "the four pillars of character, career, wellness and leadership" to positively impact the lives of her student-athletes.

A 2011 graduate of Temple University with a BA in journalism and a minor in theater, Jessica was able to draw on her passion for athletics to become the Division I Temple Men's Basketball team manager. Through hard work and dedication to the program, she was offered, and accepted, a graduate assistant position, which allowed her to obtain a Masters of Science in sport business with a concentration in athletics administration. She credits GFS and former Girls Basketball Coach Tom Myran for allowing her to rest her body in between fall field hockey and spring track & field seasons by taking on the role of manager for the girls basketball team.

"My time as the girls basketball manager at GFS was the launchpad for my career; it was this experience that allowed me to play a behind-the-scenes role with a team that led me to become a men's basketball undergraduate manager and a graduate assistant at Temple. Overall, my experience at GFS from second grade to graduation prepared me for life in a diverse and ever-changing world; my countless experiences on athletic teams, musical groups, class projects, etc., prepared me to work with people from all walks of life and respect their experiences and be able to engage in both 'safe' and courageous dialogue. I credit a lot of who I am today to GFS and the Quaker belief that there is 'that of God in everyone.'"

When reflecting back to her time on campus, and, in particular, the adults who influenced her most as a student, Jessica shared fond recollections of her time spent with mentors, teachers, and coaches: Meg Goldner Rabinowitz, Ken Aldridge, Byron Davis, Malik Mubasheer, Rita Goldman, Dick Wade, Sharon Askew-Gould, Tom Myran, Lisa Burns, and Herb Hamilton. She also gives credit to the "peers, classmates, and the Black and Brown students" in the grades surrounding her own for the constant reminders that "representation matters."

When thinking back on her own path after GFS and the important lessons she learned along the way, Jessica has some sage advice for current GFS students and recent graduates interested in pursuing a similar career in athletics.

"Get involved where you are and in whatever capacity is available to you. Get your hands dirty and don't be afraid to do the 'busy' work that doesn't appear to be important; there are lessons to be learned at every step. In my first year with the Temple Basketball program, washing towels was not the most exciting task, but I washed and folded those towels to the best of my ability! Last but not least, establish your 'why' for wanting to work in the sports world. Collegiate or pro: it is not all glamorous."

Finding her own "why" was an important journey for Jessica—one that was focused on helping others. "I wanted to make a positive, intentional and meaningful impact on the lives of others," she shares, "have the ability to support the holistic development of student-athletes."

While the work and the journey can consume a great deal of time, Jessica recognizes the importance of finding a balance and pursuing positive outlets and personal passions along the way. For her, these include singing, painting, and travel. During her time at GFS, Jessica was involved in choir, Madrigals, and musical theater, and later became president of Temple's first and only all-female a cappella group, "Singchronize." She also had opportunities to sing the National Anthem for athletics events during her college years. Painting has become an important form of self-care, and travel has allowed her to learn from other cultures and experience all that life has to offer.

We'll be watching as Jessica continues to blaze trails as a woman of color in the Division I athletics arena!