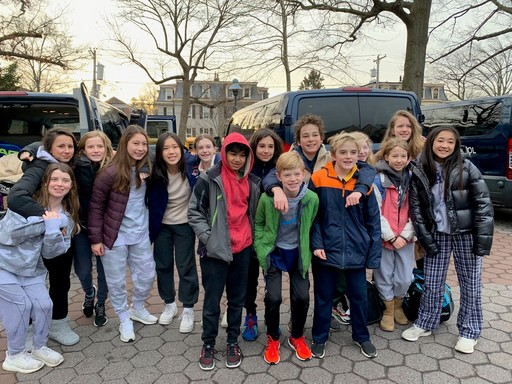 U.S. Middle School Team Squash Championships
Feb 7 2020
Share to FacebookShare to TwitterShare to Google+Share to LinkedInShare to PinterestShare to Email

This past weekend, our Middle School Boys and Girls Squash teams traveled to Yale University to compete in the 2020 US Squash Middle School Team Championships. The girls participated in Division I, the highest bracket of the tournament, which featured some of the best teams in the country. The Girls Blue team won their opening match to Bala Cynwyd Squash Club (3–2) as a result of victories by Lucy Lukens '24, Madeleine Daniel '24 and Charlotte Flynn '25. The Blue team advanced to the quarterfinals while the Girls White squad lost their opening match to Greenwich Academy (5–0). The Tigers' Blue team played Agnes Irwin in the quarterfinals and finished in seventh place nationally.

In the semifinals, the Tigers played Meadowbrook School, but were defeated 3–1. The Tigers retained their fighting spirit in the third place match, besting Springside-Chestnut Hill Academy (3–1). Read the tournament results. Go Tigers!