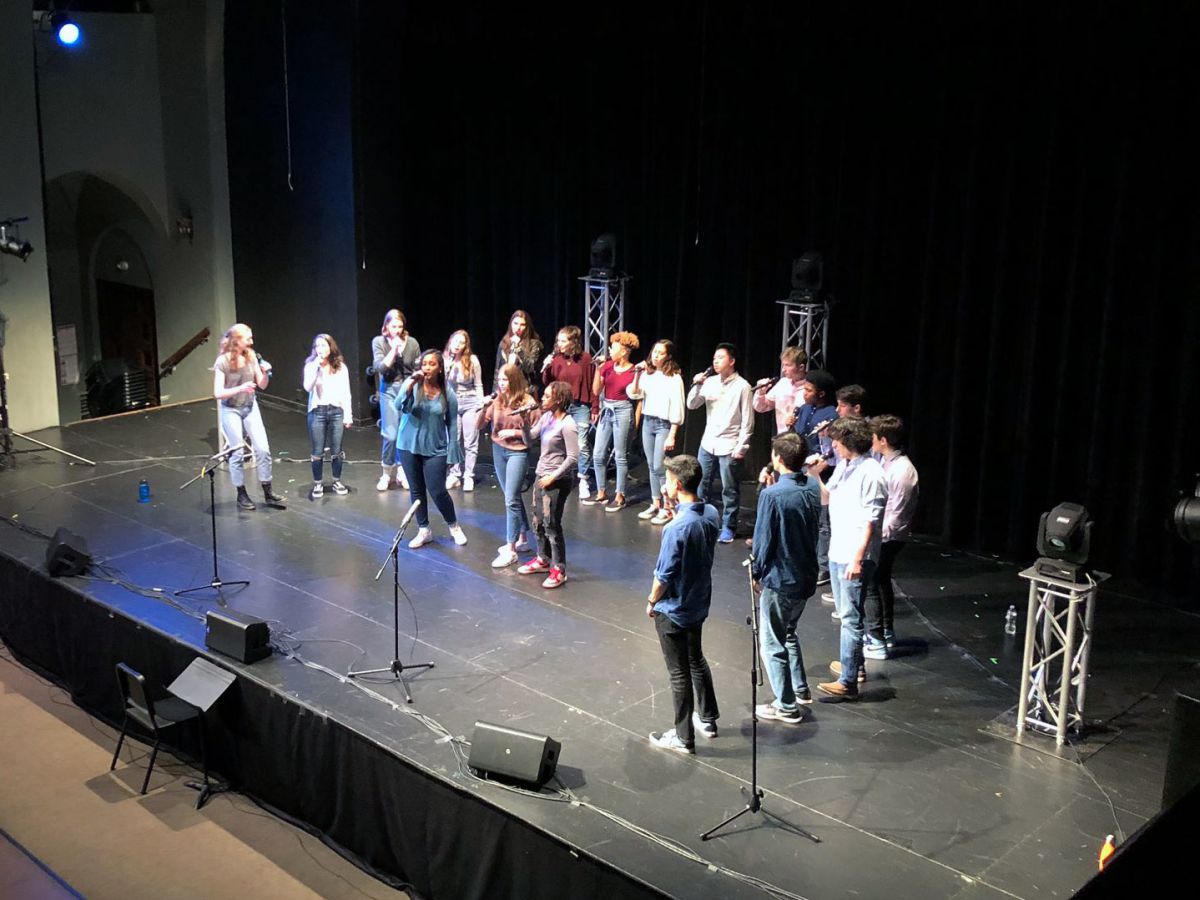 GFS A Cappella is the coed close harmony vocal ensemble of Germantown Friends School. Founded by GFS teacher David Buffum in 1995, the group has been directed by GFS faculty member Allen Drew since the fall of 2002. They have been featured on WFLN's "Notes from Philadelphia" and on NBC 10, and have performed in Poland, the Czech Republic, Sweden, Norway, Denmark, Eastern Canada and China, and Greater Philadelphia.

GFS A Cappella's recordings have received much critical acclaim. Over the years, they have received six Best of High School A Cappella (BOHSA) selections, six Contemporary A Cappella Recording Award (CARA) nominations, and one CARA award.

A Cappella continues to distinguish itself by learning difficult arrangements and exploring a wide variety of musical genres. The group's core philosophy focuses on exploring the possibilities of the human voice, encouraging students to grow together as musicians and friends, and having a fantastic time while they're doing it.

GFS A Cappella is leading a musical fundraising project called WeHarmonizeU to help those in the GFS community who are experiencing hardship during COVID-19 through donations to the Annual Fund. Participants sent in video clips of themselves singing and the group arranged music recordings around the melodies. Enjoy the videos below and learn more about the project.